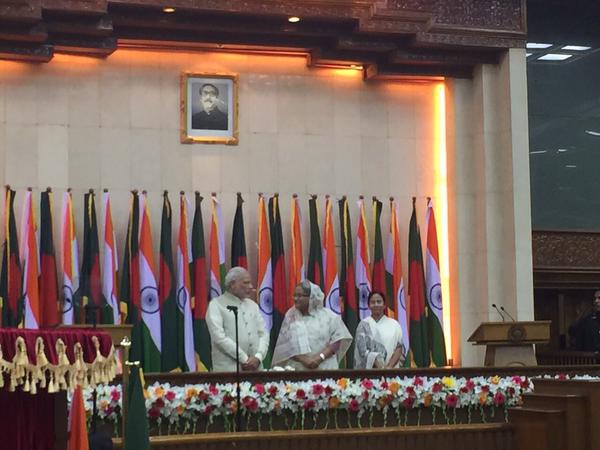 Officials of Bangladesh PMO and Foreign Ministry confirmed the news.Â

They Secretaries also exchanged original instruments of ratification signed by the Bangladesh Prime and Indian President and letter of modalities for implementation of the LBA of 1974 and the protocol 2011.

â€œHistory is made as the instrument of ratification of land boundary agreement is exchanged,â€ Modi tweeted in minutes after the exchange.

After inaugurating Kolkata-Dhaka-Agartala and Dhaka-Shillong-Guwahati bus services at the PMO, the Indian and Bangladesh premiers sat in the meeting around 4:15pm.

This is Modi’s first Bangladesh trip after he took over as the prime minister of India following the landslide victory of his party- Bharatiya Janata Party (BJP) â€“ in Indian election last year.