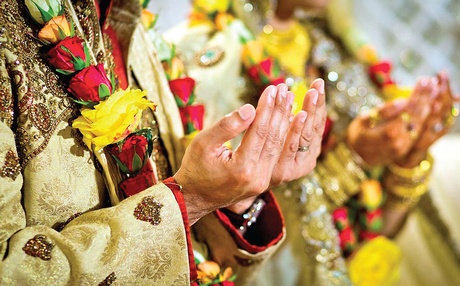 Mumbai: In a major step towards ensuring that men donâ€™t have wives on either side of their arms, a family court, in an unprecedented order, has restrained a Muslim US-returned paediatrician from marrying for the second time till he settles the rights and dues of his wife.

Judge Swati Chauhan said it is understood that Muslim men are preached that they can marry for the second time only if they are able to be equitable to both the women.

“The law and the religion both do not permit a Muslim man to perform another marriage as of a right by defeating and delaying the rights of his first wife,” said Chauhan in her May 13 order.

The couple got married in 2001 and moved to the US where they were blessed with four children. However, things took a turn for the worse as they came back to India ten years later filling in the divorce papers.

The wife had initially approached the family court in Bandra for custody of her three older children saying her husband had snatched them from her without her consent. She claimed that the landlord had asked her to vacate the flat in July 2014.

She pointed out that her husband had not complied with the court’s earlier order to allow her access to her 3 sons and alternate accommodation. She urged that he be directed not to marry another woman till her rights are adjudicated upon.Â

Chauhan said various authors and authoritative writings have discouraged polygamy and stringent conditions were imposed on men even during the lifetime of Prophet Mohammad. The judge said Akbar’s “conduct is absolutely against the injunction of the Holy Quran”, as he has “shown least care towards the issue of food, clothing, maintenance and accommodation of the petitioner”.Â

The judge also noted that he has also not provided her with any maintenance and “very conveniently” remained absent for the hearings. “In such a situation, if the respondent performs another marriage, the rights of the petitioner would definitely be defeated,” the judge said, concluding that “it is a fit case” to pass the direction