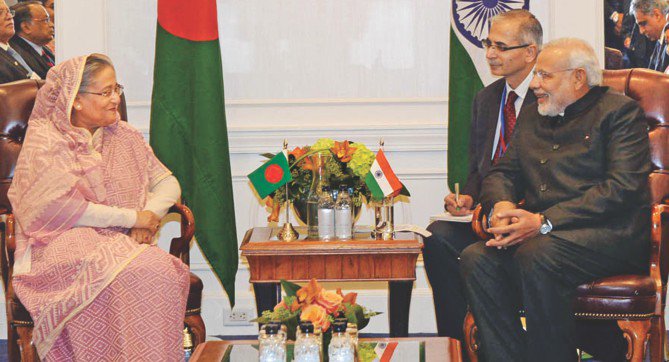 Dhaka: Bangladesh on Saturday signed two memoranda of understanding (MoUs) with two Indian companies to set up 4,600-megawatt power plants in the country.

The deals worth $5.5 billion were inked between Power Development Board of Bangladesh and Indian companies Adani Power Limited and Reliance Group at the Bidyut Bhaban in Dhaka.

The MoUs were signed when Indian Prime Minister Narendra Modi is paying his maiden trip to Bangladesh.

Adani Power Limited will invest $2.5 billion to set up a coal-based power plant with capacity of 1,600MW power.

The Reliance Group signed the deal to set up an imported Liquefied Natural Gas-based power plant in Bangladesh with capacity of 3,000MW power. The group will invest $3 billion to set up the plant.

The sites for setting up the power plants are yet to be decided.Â Â