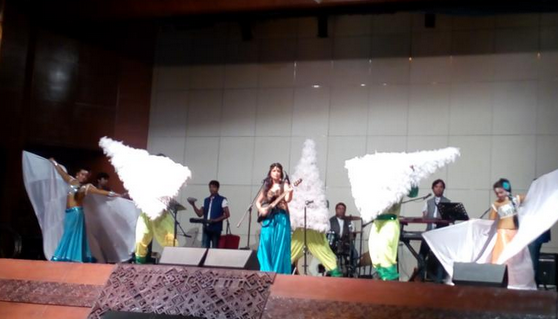 Earlier, the audienceÂ was regaled when more than dozen Bollywood fans clubs of Jakarta cameÂ together and presented â€œLenong Bollywoodâ€, a program based on theÂ popular Bollywood and Indonesian themes and songs.Â

The function brought several Bollywood fans clubs ofÂ Jakarta on the stage of â€˜Sahabat Indiaâ€™Â for the first time.

The members of Bollywood FanÂ Clubs electrified the atmosphere with their brilliant performances andÂ colourful costumes on Bollywood theme. The fans danced on the popularÂ songs from the movies of their favourite Stars such as Shahrukh Khan,Â Hrithik Roshan, Salman Khan, Katrina Kaif and Rani Mukherjee. The youngÂ fans displayed great zeal in clicking selfies and photographs against theÂ backdrop of Sahabat India.Â

Singh and MadamÂ Neeru Singh felicitated the artists at the end of the program.