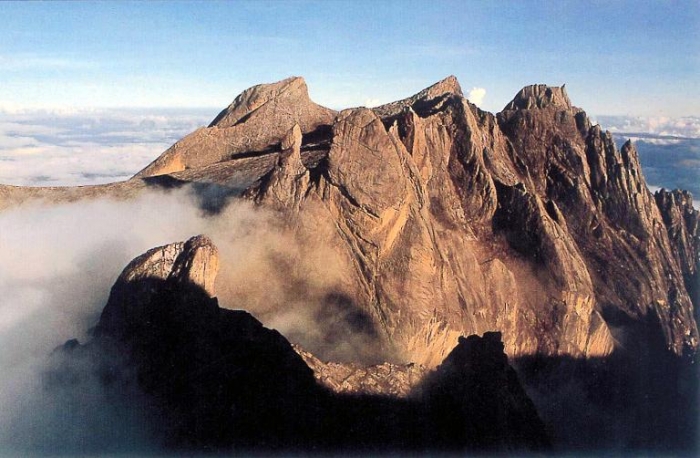 A strong earthquake that jolted Malaysia’s Mount Kinabalu killed at least 11 people and left another 8 missing, an official said Saturday, as authorities continued to search for survivors on Southeast Asia’s highest peak.

“From Kinabalu park management, I want to express my condolences to the families of the victims,” said Masidi Manjun, tourism minister for the Malaysian state of Sabah on Borneo island, as he announced the toll at the mountain park’s headquarters.

Masidi said authorities were not yet ready to release the identities of the dead and missing. Malaysian media reports said they included members of a Singapore primary school group on an excursion to the peak, including a 12-year-old girl who was killed.

“It’s very sad. The Singapore children were so happy when they arrived here, but now…” Masidi said, trailing off as he shook his head.

Malaysian rescuers earlier on Saturday finished bringing down to safety 137 hikers who were stuck on the mountain for up to 18 hours, their descent blocked by damage to a key trail and the threat of continuing rockfalls.

The Kinabalu Today news portal quoted search and rescue personnel saying most on the peak when the quake hit were Malaysian but they also included hikers from Singapore, the United States, the Philippines, Britain, Thailand, Turkey, China and Japan.

Local media reported that a Malaysian climbing guide was among the dead, but authorities have not provided details on the injuries suffered by victims.

The quake, one of the strongest in the country in decades, jolted a wide area of Sabah state, shattering windows, cracking walls and sending people fleeing from buildings in the nearby state capital of Kota Kinabalu.

No reports of major damage have emerged in the state and no other casualties have yet been reported outside of those on the mountain.

Masidi said all climbing would be suspended at Mount Kinabalu for at least three weeks to allow for clean-up and repairs to damaged trails, accommodation and other facilities.

Malaysia’s Bernama news agency quoted an elderly man describing his terror as the quake unleashed a shower of large stones from the rocky peak.

“I am not going to climb again, I am scared.”

Mount Kinabalu looms over a state famed for its rainforests, wild rivers and coral reefs, and is among its central tourism attractions.

Most reach the peak at dawn to watch the sunrise, and the summit was busy with climbers when the quake hit at 7:15 am local time Friday (2315 GMT Thursday).

The force of the tremor was so strong that it snapped off one of the two large “Donkey’s Ears”, towering twin rock outcroppings that form a distinctive part of the peak’s craggy profile, officials said.

Strong earthquakes are rare in Malaysia, which lies just outside the Ring of Fire, the belt of seismic activity running around the Pacific basin.

Mount Kinabalu is sacred to the local Kadazan Dusun tribal group, who consider it a resting place for departed spirits.

Malaysian social media users speculated that the quake was a sign the spirits were angry after a group of 10 apparently Western men and women tourists last weekend outraged locals by snapping nude photos at the summit and posting them on the Internet.