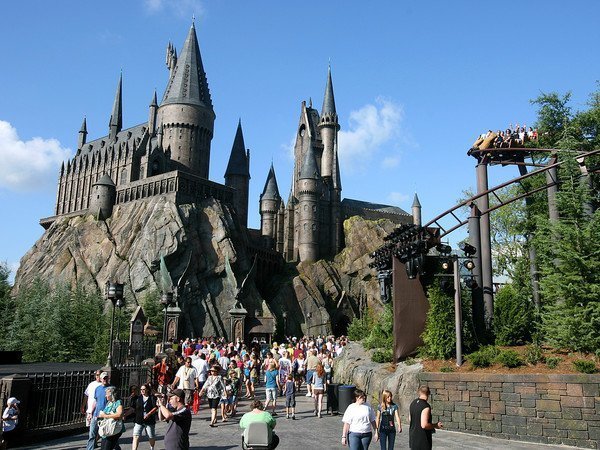 Los Angeles:”The Wizarding World of Harry Potter”, a theme park based on the hit movie franchise, will open in Universal Studios Hollywood in the spring of 2016.

Unlike its Orlando counterpart, the LA-based park will have the signature flight simulation attraction, “Harry Potter and the Forbidden Journey”, in hyper-realistic 3D.

Along with a new ride, “Flight of the Hippogriff” which will be Universal Hollywood’s first outdoor roller coaster, “Wizarding World” will include the restaurant Three Broomsticks and the pub Hog’s Head. Food carts will also sell magic neep and butterbeer.

Larry Kurzweil, President of Universal Studios Hollywood said the Harry Potter theme park will be “a game changer in the Los Angeles market.”

“We expect its arrival to set record high attendance and will have a lasting impact on LA and California tourism for years to come,” he said.

This will be the fourth “Wizarding World of Harry Potter,” joining Hogsmeade worlds in Orlando and Japan, and Diagon Alley in Orlando.