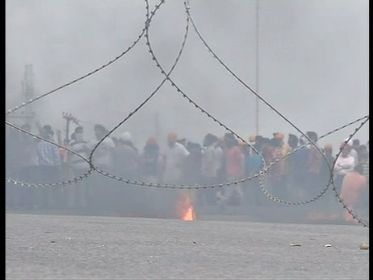 New Delhi: Sikh protesters in Jammu have blocked the Jammu-Pathankot National Highway over Thursday’s clash with the police.

The authorities had earlier in the day imposed Section 144 in the city, restricting the assembly of more than four people.

“On the directions of higher authorities, Section 144 has been imposed in the whole district. The situation is under control and the flag march has also taken place. The army has also been kept on standby,” Additional Deputy Commissioner, Rifat Kohli told ANI.

On Thursday, at least one civilian was killed and 25 persons, including some policemen, were injured when members of Sikh community clashed with police in Satwari area of Jammu.

According to reports, the clashes erupted when people, protesting the removal of a hoarding, turned violent.