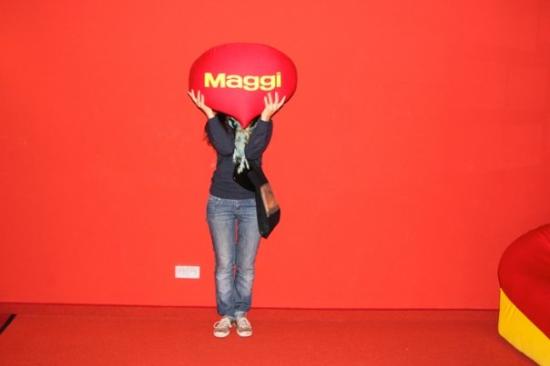 It seems that the worldâ€™s favourite comfort food is in a bit of an uncomfortable position, landing in a soup not just in India but globally as well.

As NestlÃ©â€™s CEO Paul Bulcke tried to allay fears of people in India by addressing a press conference and trying hard to silence allegations about the ill-effects of consuming Maggi, the FMCG conglomerate took a massive hit in Britain, as the Food Standards Agency in the UK took a hint from India and decided to test samples of Noodles.

The Food Standards Agency is UK equivalent to the Indian Food Safety and Standard Authority of India (FSSAI). UK’s Food Standards Agency has said that it has received lab reports from India of Maggi samples and is working with the European Commission to see if packs sold in UK have high levels of lead as found in that in India.

In all the tests that have been conducted by the Agency since hearing from India have found high content of lead and mono-sodium glutamate or MSG (a taste enhancer) in it.

In India, several states have banned the sale of the â€˜2 minuteâ€™ noodles and Nestle has decided to pull the product off the shelves. To make matters worse for them, FSSAI has ordered for nine variants of the noodles to be pulled off shelves as tests have found that all nine of them contain high quantity of lead, way beyond the permissible limit.

Speaking to a leading Indian daily, the FSA said, â€œThe FSA is aware of the recent incident in India involving Maggi Noodles. We are currently working with Nestle and the European Commission to investigate a report of higher than expected levels of Lead and undeclared MSG in Maggi Noodles.â€

â€œWe have received lab reports from India after tests were carried out in accredited labs. We have an incidence team that is now investigating the matter in UK. We have been in contact with Nestle.â€

The official added that â€œNestle UK have informed the FSA that they currently only import one flavour of ‘Maggi 2 Minute Noodles’ (masala flavour) from India. The batch of noodles originally tested by the authorities in India was not sold in the UK. Other flavour Maggi noodles are not imported from India but from other Nestle factories in other countries.â€

In their defence, Nestle claims that in the 1000 batches that were tested randomly, no lead content was identified and the allegations floating in the country are false.

Nestle said “Trace amounts of lead are present in the atmosphere and in the soil around the world due to the use of fertilisers and pest control. The authorities have set firm limits to ensure that any lead present in a finished product are within recommended food safety levels and safe to consume. We regularly monitor all our raw materials for lead, including testing by accredited laboratories”.