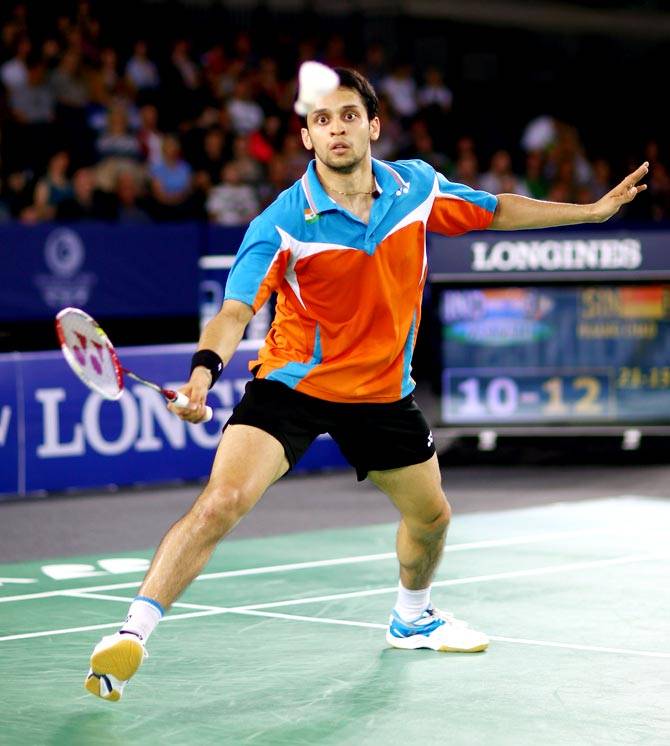 The Commonwealth gold-medallist was consistent with his smashes and impeccable with his net play against his more fancied opponent.

Coming into this match, Long had a 7-1 head-to-head record against Kashyap. The numero uno shuttler over the last two years has emerged as China’s successor to the incomparable Lin Dan.

Incidentally, Kashyap’s last victory against Long came in this very tournament in 2012.

In what was a classic David vs Goliath battle, Kashyap used all his resources to overcome his rival.

One of the fastest movers and hardest hitters in the world, Long failed to counter Kashyap’s odd, precise smashes and started committing unforced errors.

In the opening game, Kashyap was hardly a match to Long, who not just opened up a 6-2 lead but consistently moved ahead.

Although Kashyap caught up with him on a couple of occasions but once the Chinese broke away from a tied 11-11 position to 16-11, there was no looking back for him. Long comfortably sealed the first game 21-14.

The second game went neck-and-neck till 7-7 before the Indian managed to take a slight lead and hold on to the advantage always keeping his nose ahead.

Even though the experienced Chinese kept breathing down his neck, Kashyap wriggled out of some tricky situations to take the game to the decider.

In the third game, Kashyap broke away from tied 2-2 to take a 9-3 lead, even as Long committed too many unforced errors, hitting wide and long to hand over a massive 14-5 lead to the Indian.

In the end, it was a cake walk for Kashyap, who made full use of his chances to sail through.