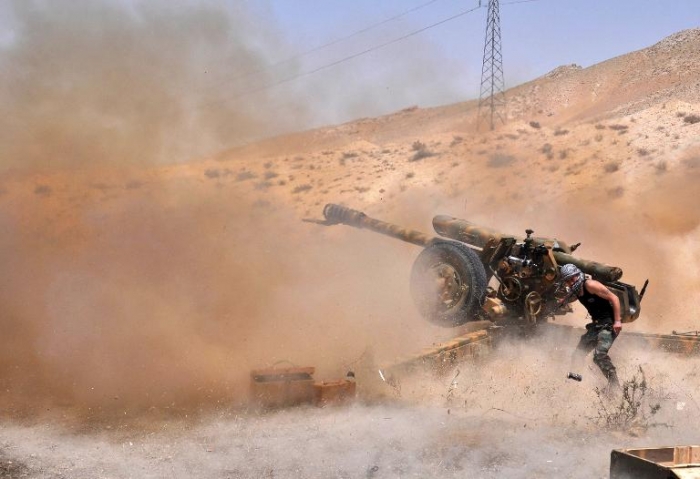 Islamic State group jihadists, emboldened by a string of battlefield victories, advanced Thursday to the gates of the Syrian city of Hasakeh after intense fighting with regime troops.

Despite nine months of US-led air strikes, the militants have made new territorial gains recently, including the ancient Syrian city of Palmyra and Ramadi, capital of Iraq’s vast Anbar province.

Now they are “500 metres (550 yards) away from the entrance of Hasakeh, after fierce clashes against regime forces south of the city,” said Rami Abdel Rahman, director of the Syrian Observatory for Human Rights.

He said IS had seized all military posts in that area of northeastern Syria, including an unfinished prison building and a power plant, after at least six suicide bombers struck on Wednesday.

IS set off a car bomb near an army position on the edges of Hasakeh late Thursday, the Observatory said, but there was no immediate word on casualties.

Control of Hasakeh is split between regime and Kurdish forces, who have fought IS elsewhere in the province.

If IS seizes Hasakeh it would be the second Syrian provincial capital to fall under its control, after Raqa, the group’s bastion in northern Syria.

It would also be the third provincial capital lost by the regime. The northwestern city of Idlib was seized by rebels in March.

On Thursday, 17 civilians were killed in regime air raids on the Silqin area in Idlib province, the Observatory said.

Iran and Iraq have deployed thousands of fighters in Syria to help the regime defend the Damascus area, a security source told AFP on Wednesday.

“Around 7,000 Iranian and Iraqi fighters have arrived in Syria over the past few weeks and their first priority is the defence of the capital,” the source said on condition of anonymity.

Iran, a key Damascus ally, has provided it with financial and military support.

But in recent months, the Syrian government has lost territory in several parts of the country to both IS and rebel groups including Al-Qaeda affiliate Al-Nusra Front.

Fighting on Wednesday around Hasakeh killed 27 regime fighters and 26 jihadists, according to the Britain-based Observatory, which relies on a network of sources on the ground.

All electricity and communications in Hasakeh have been cut off, said activist Arin Shekhmos, citing residents who had fled.

Other residents have moved to the northern and western Kurdish-controlled parts of the city following IS mortar fire, he told AFP.

IS began its assault on Hasakeh on Saturday and launched a simultaneous offensive against rebels in northern province of Aleppo.

The attacks follow the jihadists’ capture last month of Palmyra and its 2,000-year-old UNESCO World Heritage site in central Syria.

The group has also expanded its control along the Syrian-Iraqi frontier.

In Iraq lst month, IS used an unprecedented wave of suicide truck bomb attacks to seize Ramadi, capital of the country’s largest province.

A White House aide said Thursday that US President Barack Obama will meet Iraqi Prime Minister Haider al-Abadi on the sidelines of a weekend Group of Seven summit in Germany to discuss the “situation on the ground and our effort to support Iraqi forces”.

The foiled attacks came a day after an air raid by the US-led coalition levelled one of the jihadists’ largest car bomb factories in Iraq, which was packed with tanks, Humvees, and explosives, officials said.

US Deputy Security of State Antony Blinken said Wednesday that 10,000 IS members had been killed since the start of the US-led air campaign in Iraq and Syria.

The coalition said it had conducted 17 air strikes against IS positions in Iraq and Syria over a 24-hour period through Thursday morning.

More than 220,000 people have been killed in Syria since anti-government protests broke out in March 2011 and escalated into a full-blown civil war that brought jihadists streaming into the country.