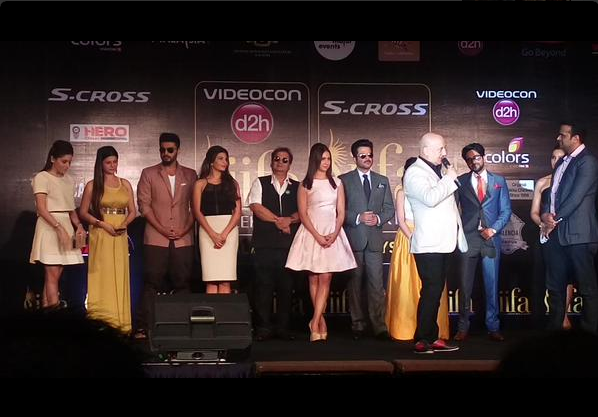 New Delhi: The stage is already on fire, as Bollywood actors have marked their presence in Kuala Lumpur for the 16th edition of IIFA Awards.Â

This is for the second time when Malaysia will be witnessing the IIFA Awards live in action.Â

As we shared earlier that this year the Gunday actors will sizzle the stage with their awesome bromance, as they will be seen hosting the IIFA awards on June 7, all the eyes are set on them and we hope Ranveer and Arjun manages to entertain the audience with their super camaraderie and funny side.

This year IIFA has a lot in store as we will see Dabangg Actor Sonakshi Sinha singing at the IIFA Awards. Sona will exercise her vocal chords at IIFA Rocks on June 5.

On June 6, Zoya Akhtarâ€™s most anticipated film of the year Dil Dhadakne Doâ€™s premiere will be screened, a day after its worldwide release.

There will also be a fashion show which will showcase some of our Indian beauties including Bipasha Basu, Aditi Rao Hydari, Dia Mirza, Kirti Sanon, Mika Singh, Huma Qureshi and Aftab Shivdasani. This show will be organised by the designers Masaba Gupta and Rocky S, who are well known faces of IIFA.Â

Established in 2000, IIFA Awards were initiated with the aim of celebrating Indian cinema across the world.