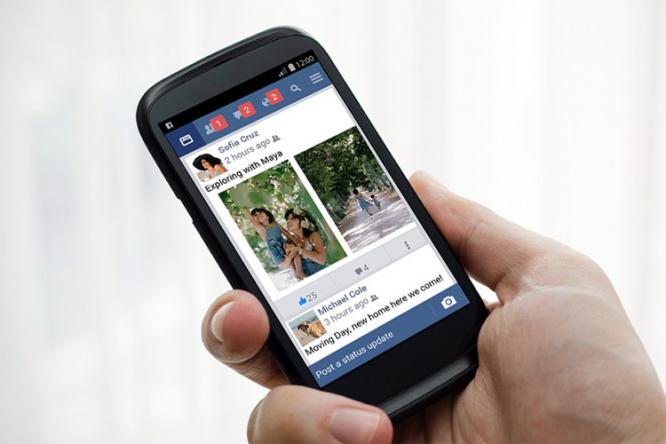 San Francisco: Facebook on Thursday released a ‘Lite’ version of its application that was tailored for people using Android smartphones in places where wireless data bandwidth is scarce.

Facebook Lite is built to use less data and work well despite potentially constrained telecommunications network conditions in developing countries, according to the California-based online social network.

Facebook began rolling Lite out in Asia and said that the application will be available in part of Europe, Africa, and Latin America in coming weeks.

“In many areas, networks can be slow and not able to support all the functionality found in Facebook for Android,” the leading social network said in an online post.

“Facebook Lite was built for these situations, giving people a reliable Facebook experience when bandwidth is at a minimum,” it added.

Facebook Lite app is less than 1 MB to make it easier to download, install and load on slower connections. The app includes Facebookâ€™s core experiences like News Feed, status updates, photos and notifications.

â€œWe just launched Facebook Lite, a new app designed to serve people a faster experience on slower mobile networks and Android phones around the world. We built Facebook Lite to be faster, more reliable and very data efficient even when internet bandwidth is at a minimum. The app is less than 1 MB in size and takes just a few seconds to download,â€ Mark Zuckerberg, posted in his account.

â€œWeâ€™re starting to roll out Facebook Lite across Asia, Africa, Latin America and Europe, and it will be available in the Play store. Weâ€™re going to keep working to serve the entire world, and we’ll keep building tools for people in every community until we’re all connected.â€