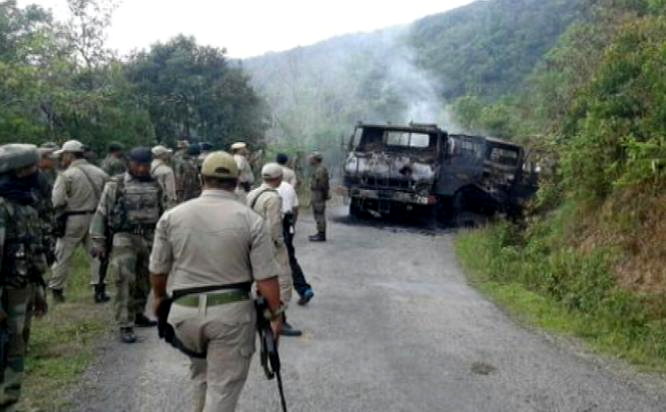 New Delhi: The northeast, generally perceived to be beautiful and calm, on Friday showed a completely different picture altogether. Iâ€™m not trying to say itâ€™s all peaceful out there. Are there bandhs, yes, there are. There are minor disruptions of peace occasionally, but the Indian Army realised that all that glitters is not gold.

A horrific attack on Indian Army in Manipurâ€™s Chandel district on Thursday left at least 20 soldiers dead and injured over a dozen.

The attack brought a major blow to the Indian Army in last 33-years. Thursdayâ€™s attack is considered as the deadliest one since 1982 when 20 jawans were killed in the state leading to escalation of militancy for years to come.

According to the latest updates, an insurgent group NSCN-K has claimed responsibility for this attack.

An immediate outcome was an order given to the Army to launch “all-out search and destroy” operations against militant hideouts in thick jungles along the Indo-Myanmar border as well as the hinterland in Manipur, sources said.

In two ambushes soon after, 11 Army and Assam Rifles jawans were killed in Arunachal Pradesh and Nagaland on April 2 and May 3. Experts fear an uneasy truce in the region, largely the result of ceasefire agreements signed between the Centre and several insurgent outfits over years, seems to be now unravelling.