The Virgin and the Temptress part ways? | Newsmobile
Thursday, August 18, 2022

Home Uncategorized The Virgin and the Temptress part ways? 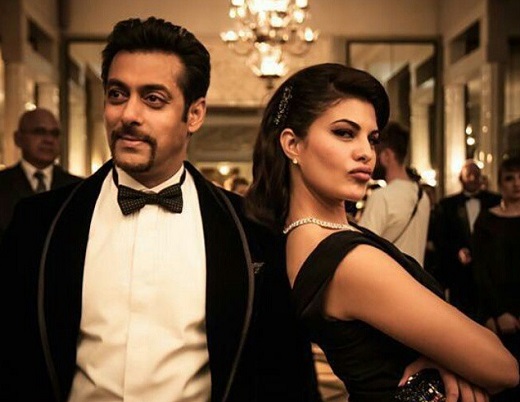 New Delhi: Bollywoodâ€™s most eligible virgin Salman Khan and the Sri Lankan beauty who left the Indian film industry breathless, Jacquieline Fernandes, met, sparks flew across the country and sure gave their fans the â€˜Kickâ€™ they needed.

In fact, gossip mongers even claimed that there is more to the so called friendship that met the eyes. There is a story that goes: Salman and Jacqueline kissed at the trailer launch of â€˜Kickâ€™.

The two couldnâ€™t hide the sizzling chemistry whenever they appeared in public to promote Kick.

Salmanâ€™s growing fondness for Sri Lankan beauty was certainly the talk of the tinsel town.

Salman gave it away when he openly admitted that Jackie was the first girl heâ€™d like to kiss on screen and compared her to Zeenat Aman.Â

Even Jacqueline didnâ€™t left single opportunity to praise Salman. According to her, Salman is the most punctual actor she has worked with.

It is not just that they shared some cozy moment in public but the duo came together at success bash of ‘Ek Villain’ hosted by Sidharth Malhotra.Â

Few months ago, the duo was spotted together at Sri Lanka where Sallu Bhai went for an eye camp and also met Sri Lankan President Mahinda Rajapaksa.

While, Salman’s meeting and supposed campaigning for Rakapaksa created much controversy in India, the actor also went to Jackie’s restaurant at Colombo.Â

The actor apparently promised her that he would visit her restaurant and like the man of his words, Salman did keep his promise.

But hang on, thereâ€™s more!Â

Apparently, things seem to have changed between the two.

According to the latest buzz, Salman and his â€˜Kickâ€™ co-star Jacqueline are not on talking terms anymore.Â

Shocked! Yes, sadly but its true.

Several instances have given us reason to believe the duo might have had a fall out.

At a recent event in Dubai, when Salman was asked about the â€˜Kickâ€™ sequel, he replied, â€œSajid and I will work together whenever it happens. However, there will be no Jacqueline Fernandez. She has been â€˜Kickâ€™ed out. Now we will find someone else.â€

Jacqueline was also to make an appearance for a special song in â€˜Heroâ€™, which is produced by Salman. However the song was dropped at the last moment. Not just that, Jacqueline was also nowhere to be seen during the actorâ€™s court verdict.

Although it was later reported that the actress was travelling during the time of Salmanâ€™s verdict, the actress didnâ€™t say anything about the actorâ€™s verdict.Â

All these instances may be an indication that there is definitely something wrong between the two stars.Â

We hope, everything settles soon, as we would love to see the onscreen chemistry of the duo all over again