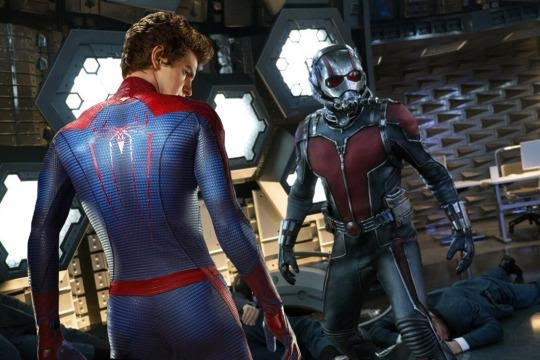 Washington: The upcoming Marvel superhero filmÂ Ant-ManÂ may include “lots of” references to Spider-Man. There are also rumours about references to OsCorp inÂ Ant-Man.

The upcoming Paul Rudd starrer, directed by Peyton Reed, “will start planting the seeds for the character to make his first appearance inÂ Captain America: Civil WarÂ as a fully-formed hero without an origin story retread. In the Marvel Cinematic Universe, by the time Ant-Man occurs, Spider-Man exists.”

Spider-Man will not make an appearance in Ant-Man as “current plans do not even have him in a post-credits scene, that is still saved forÂ Captain America: Civil War.Â OsCorp, however, could come in a scene involving Darren Cross trying to sell the Ant-Man/Yellowjacket weapons technology to other corporations.

The scene will also include other nefarious Marvel organisations like The Ten Rings and Roxxon.