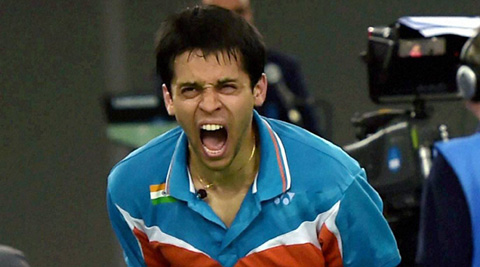 Hyderabad:Â Thereâ€™s good news for India as their Indonesian campaign moved ahead.

Shuttler Parupalli Kashyap entered the quarter-finals. However, Kidambi Srikanth and women’s doubles pair of Jwala Gutta and Ashwini Ponnappa lost in the pre-quarterfinals of the $800,000 Indonesia Open Superseries Premier hereÂ on Thursday.

Kashyap, who ousted Thailand’s Tanongsak Saensomboonsuk in the first round, registered a 21-11, 21-14 win over world No.8 Son Wan Ho of South Korea at the Istora Gelora Bung Karno Stadium. With this win, World No.12 Indian improved his head-to-head record to 2-3 against Son.