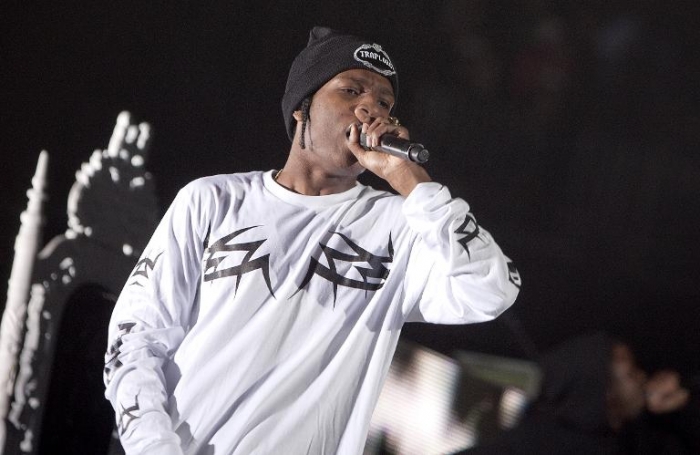 A$AP Rocky’s new album opened at number one Wednesday on the US charts as he became the latest rapper to score big with a surprise early release.

“At.Long.Last.A$AP,” an often down-tempo work with unapologetic odes to drug use and sex, was released on May 26, one week before the expected date.

The album sold 146,000 copies or the equivalent in downloads and streaming in the week through Sunday, topping Taylor Swift’s still-blockbuster “1989” on the Billboard chart, tracking service Nielsen Music said.

Two of the biggest names in hip-hop, Kendrick Lamar and Drake, also released albums early or unexpectedly this year and wound up at number one.

“At.Long.Last.A$AP” is the second studio album by A$AP Rocky, whose previous work also hit number one.

Hailing from New York but adopting elements of the Houston sound, A$AP Rocky offers tales of indulgence common to the rap lifestyle. But the songs are dark and dreamy rather than energetic or danceable.

A$AP Rocky — who in the past has rapped of the joys of drinking prescription-strength cough syrup — on his latest album is unabashed about his love for LSD, the hallucinogenic drug.

The album also offers criticism of religion. On “Holy Ghost,” A$AP Rocky likens religious rituals such as communion to street life, rapping, “They ask me why I don’t go to church no more / ‘Cause church is the new club and wine is the new bub.”

The title of the album is meant to form an acronym for “Allah” — or “God” in Arabic –although the rapper is not making a direct reference to Islam.

A$AP Rocky, whose birth-name is Rakim Mayers, has said that the acronym is an allusion to his namesake — Rakim, the influential MC who also called himself Rakim Allah.