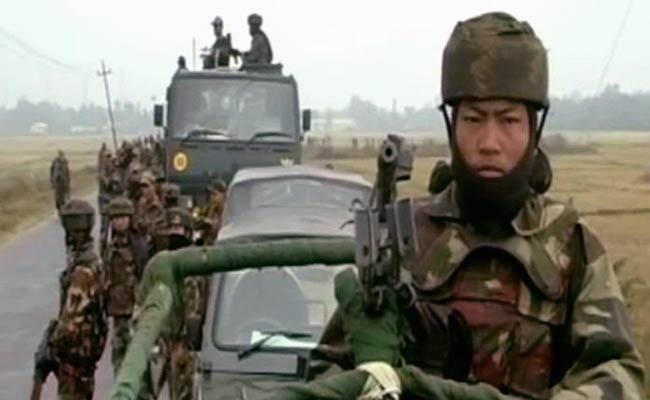 Chandel: In what is being described as the worst casualties the Army has suffered since the Kargil War of 1999, 18 armymen of 6 Dogra Regiment were killed in an attack by terrorists in Manipur’s Chandel district on Thursday morning.

At least 11 soldiers are injured, three of them critically, which took place near Moltuk on the Indo-Myanmar border. The injured jawans were airlifted by the Army for treatment, Manipur Police said.

Prime Minister Narendra Modi tweeted, “Today’s mindless attack in Manipur is very distressing. I bow to each and every soldier who has sacrificed his life for the Nation.”

Central security agencies have said they suspect a mixed group of militants from the Naga group NSCN(K) and the United National Liberation Front of Manipur, or UNLF, is behind the attack.

Since there is no ceasefire agreement with any of the terror groups operating in the area, senior officials believe that two or three terror groups could have carried out the attack.

The terror groups, in fact, help each other by supplying firearms, explosives, providing hideouts and sharing training facilities.