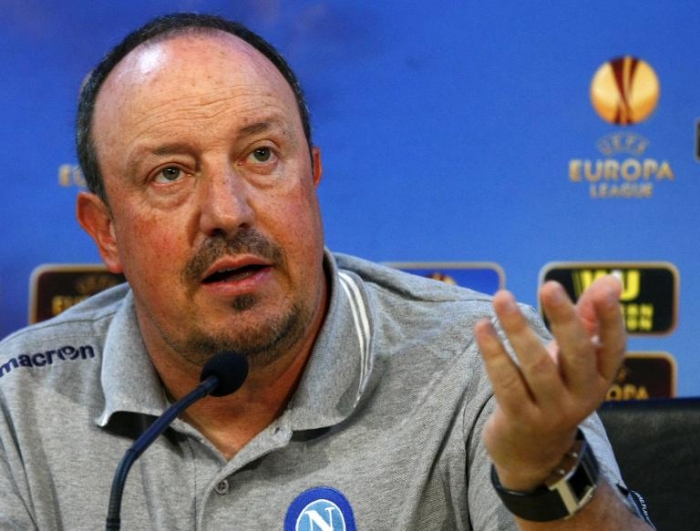 Rafael Benitez will take charge of Real Madrid next season after the club confirmed he had signed a three-year deal with the Spanish giants on Wednesday.

“Real Madrid will present today, Wednesday, June 3, Rafa Benitez as the new coach of the first team for the next three seasons,” the club said in a statement.

Benitez will give a press conference at 1100GMT at the club’s Santiago Bernabeu stadium.

The appointment brings Benitez’s coaching career full circle as he returns to the club where he made his first steps as a youth team coach in the early nineties.

Benitez is also returning to Spain for the first time in over a decade after making a name for himself with two league titles in three years at Valencia between 2001 and 2004.

However, commentators and fans have been skeptical at his appointment at the expense of the well-loved Carlo Ancelotti, who was sacked by the club last week.

Ancelotti ended a 12-year wait to land Madrid’s much desired 10th Champions League last season, but paid the price for failing to deliver a major trophy this season with eternal rivals Barcelona on the brink of sealing a treble.

Moreover, Benitez has failed to land a league title in the 11 years since he swapped Valencia for Liverpool.

The 55-year-old’s greatest achievement in that time came in winning the Champions League in his first season at Liverpool. However, he delivered only the UEFA Super Cup and the FA Cup in 2006 in the five years that followed at Anfield.

Benitez then had a nightmare experience following in the footsteps of Jose Mourinho at Inter Milan where he lasted just six months and another short-lived unhappy spell at Chelsea followed as he was never accepted by the fans despite winning the Europa League in 2013.

A two-year spell with Italian giants Napoli also came to an unsatisfactory end on Sunday with a 4-2 home defeat to Lazio which ensured they did not qualify for next season’s Champions League.

Benitez could face a frosty reception from Real’s horde of ‘galacticos’ who were very much against Ancelotti’s sacking.

“Great coach and amazing person. Hope we work together next season,” World Player of the Year Cristiano Ronaldo posted on his official Twitter days before the Italian’s dismissal.

Meanwhile, a host of other players including Sergio Ramos, James Rodriguez and Toni Kroos also took to social media to thank Ancelotti for his time at the club.

In contrast to the affable Ancelotti, Benitez is known for being a strict disciplinarian and obsessive tactician which will put new demands on the most expensively assembled squad in football history.

Former Liverpool winger Ryan Babel caused a stir last week when he tweeted: “Benitez on his way to Real? He will make Ronaldo a great defender…”

However, another of Benitez’s perceived faults during his time in England, his persistent squad rotation, has helped him to land his dream job.

Whilst Barcelona boss Luis Enrique gave his players a rest at every opportunity early in the season, Ancelotti rotated very little even in Madrid’s easiest games and consequently saw his side run out of gas at the business end of the season.

Benitez will get his first taste of the demands at Los Blancos on a gruelling pre-season tour to Australia and China for friendlies against Roma, Manchester City, Inter Milan and AC Milan in July.