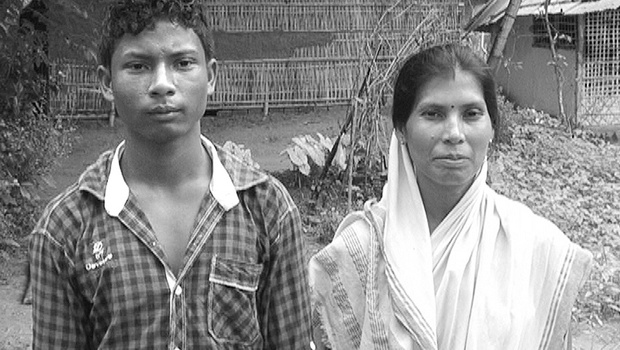 Nayanmoni Bezbaruah, 37, secured first division with a score of 69.8% in her HS arts exam. She had a letter (more than 80%) in sociology but missed the mark in her favourite subject â€“ Assamese literature â€“ by a whisker.

Bezbaruah, though, was more sad than happy. For, her 18-year-old son Ankur barely managed to pass in the third division.

Bezbaruah said, my efforts have borne fruit, but I would have enjoyed my result more had my son done better. He has to have a career that can lift us from poverty.

Sontora Gogoi, the principal of Khowang Pithubor Girlsâ€™ HS School that the mother passed out from, puts it down to dedication and drive.

â€œThe son lacked the motivation of the mother, who slogged more at home and in school to become an inspiration for women who have to abandon studies to raise families,â€ Gogoi said.

Bezbaruah studied at night, after putting her younger children to bed. She woke up at 4am, finished her household chores before cycling 12 km to school from her village Dikhowkinar Changmaigaon.

The village is 12 km from nearest town Moran, which is 404 km east of Guwahati. It becomes almost inaccessible during the rainy season.

Locals said Bezbaruah would accompany her children to the village school and take part in cultural and literary activities there. Some teachers noticed her longing â€“ marriage at 18 forced her to leave school â€“ to be back among the books.

They literally forced her to take the high school-leaving exam along with her son in 2013. Both mother and son secured second division.

â€œNayanmoni scored 60% in her first year exam, the highest in her batch. But her financial condition was threatening to kill her zeal. So we waived off her second year fees, provided books, study material and coaching. She has done us more than proud,â€ Gogoi said.

Bezbaruah is keen on higher studies, and hopes to acquire enough knowledge to write beyond the occasional Assamese poems.