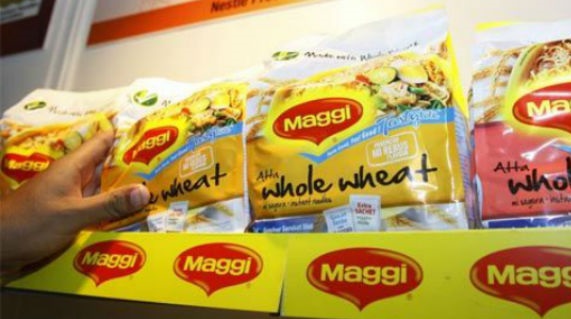 So, in between our daily quota of masala soaked television stuff, do we ever concentrate on the advertisements? Most of us skip them, flip channels and go about our business, but some ads do make us take notice. Letâ€™s say, for example, a shampoo that claims itâ€™ll treat dandruff will strike a chord with someone whose life is becoming miserable because of it. And then, when the same product is displayed on the shelves of supermarket aisles, we remember the ad and maybe deposit it into our shopping cart.

Whether we like it or not, ads do influence our purchasing habits significantly and the most potent force used by ads is their face. Celebrities are often the first choice of becoming the face of a product or brand, keeping in mind that one, theyâ€™re easier to remember, and two, fans will more than thrilled to buy a product that these celebs endorse.

Now that weâ€™ve established quite clearly how celebrities endorsing brands actually plays a role in what we buy, one question that needs to be raised is whether celebs purely endorse a product for the deal, or whether they actually recommend it. Perhaps an honest answer would be the fact that we happily assume that theyâ€™re recommending it, when in reality, itâ€™s the moolah doing the talking.

Have you ever wondered how many of these celebs actually use the products they endorse? Do you think a Sonam Kapoor would apply, say â€˜Colossal Kajalâ€™â€™? I donâ€™t think so. For that matter, do you think Boost is really the secret of Sachinâ€™s energy? I guess not.

This is alright in 80% of products that celebs endorse, but what about say stuff like Maggi, which has dangerously high levels of lead and MSG? There are two ways of looking at this. One, we should perhaps join the â€˜letâ€™s slam Madhuri Dixit for promoting killer Maggiâ€™ bandwagon. Does this make sense? Yes, in a miniscule way, yes it does. Before endorsing such kind of products which are used on a mass level, celebs should be slightly careful.

However, this doesnâ€™t really mean that we blindly rely on them and choose what they ask us to choose. As consumers, it is no oneâ€™s responsibility but ours to check what we are consuming. Therefore, instead of bashing up celebs who do things on a purely business level, letâ€™s be smart and make our choices less dangerous.

That also doesnâ€™t mean celebs just promote brands just to rake in the money. They have a moral responsibility too, therefore, they too need to be careful when they make a choice. It has to happen both ways. Celebs being morally responsible and consumers doing the intellectual part of it.