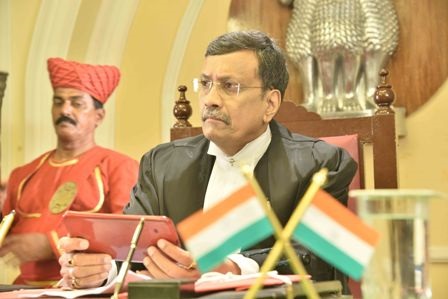 Mumbai: It looks like glitz and glamour can make anyone fall head over heels in love with the acting industry. While many singers and sports persons have actually been there and done that, we have one very surprising addition to this long growing list.

Usually we have seen judges after retirement turn into arbitrators or practise in the Supreme Court, but Justice Kode is the first to step in front of the camera and display his acting prowess.

As per a Times of India report, Justice Kode, a retired high court judge, better known for his historic verdict in the 1993 Mumbai serial blasts case, convicting actor Sanjay Dutt in an Arms Act case, is all set to let the actor in him come to life.

He will be seen holding court on a movie set at Goregaon film city.

Just like real life, in reel life too he will be doing what heâ€™s best at — playing a judge in a film, JD, about a journalist, Jai Dwivedi.

“There is no connection to the story of real-life journalist J Dey, who was shot,” clarified writer-producer and first-time director Shailendra Pandey, adding that it’s a film about a reporter who is charged with attempted rape as he tries to expose a politician.

The former judge Â who told Dutt while sentencing him for illegally possessing and destroying an AK-56 rifle before the 1993 blasts, “Act till the age of 100, I have only taken away six years”, that he saw an “opportunity to give something back to media and society” when he got the film offer.

“The media while covering the bomb blasts trial never exaggerated the developments. The reporters understood the significance and gravity of the case. I felt I owe a duty to the media and a duty to clarify impressions about two salutary judicial principles – about equality before law and how no one can be judged without hearing both sides,” he added.