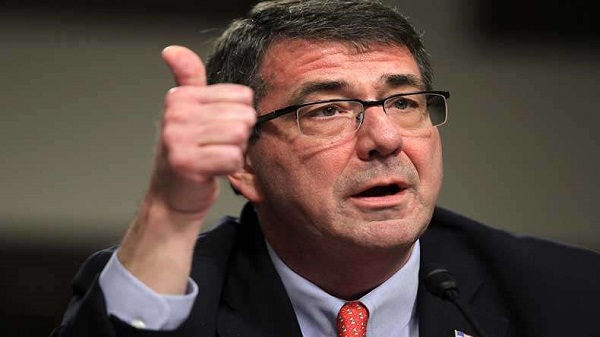 New Delhi: US Defence Secretary Ashton Carter, who is on a three-day visit to the country, will sign a fresh 10-yearÂ defence framework agreementÂ withÂ IndiaÂ on Wednesday.

The agreement, decided during the visit of US President Barack Obama to India in January, will focus on issues ranging from maritime security, aircraft carrier to jet engine technology cooperation and joint training.

Carter, who arrived in India on Tuesday, began his tour with a trip to strategically important Eastern Naval Command in Vishakapatnam whose theatre of operation includes the critical South China sea region and the Strait of Malacca.

Today he will hold wide-ranging talks with Defence Minister Manohar Parrikar during which India-US Defence Technology and Trade Initiative (DTTI) will be a major area of focus, defence sources said.

“Carter’s trip to India is part of his focus on the US re-balance to Asia. Specifically, his trip to Vishakapatnam showcased his commitment to maritime security and the need for a regional security architecture that creates transparency and trust among regional partners,” a statement by the US Embassy had said in New Delhi on Tuesday.

US is in the process of re-balancing its naval assets into the Asia-Pacific and it is wooing India to be its partner in the region.

American navy plans to shift 60% of its maritime assets to the Pacific by 2020.

Carter is accompanied by his wife Stephanie and a 13-member US delegation.

NewsMobile is the mobile first media platform that empowers you, entertains you and makes you smarter with its exclusive stories and user generated content selected by our team of award winning journalists and writers.
Contact us: [email protected]bile.in.