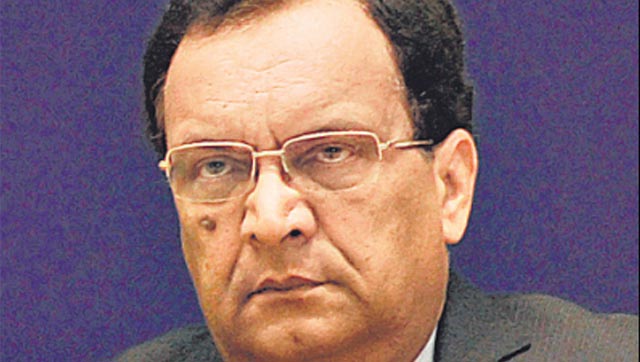 Ibrahim will be part of National Security Council Secretariat (NSCS) and will report to National Security Advisor (NSA) Ajit Doval. Ibrahimâ€™s responsibilities will cover the Indian response to the ferment in West Asia, rise of Islamic State in Syria-Iraq region as well as the flux in the Af-Pak region.

Ibrahim, whoÂ  retired from the Intelligence Bureau on December 31, 2014, has close contacts in West Asia states, particularly in the 6 lakh-strong Indian diaspora. Regarded by his peers as a thorough professional, Ibrahim is in personal touch with minority leaders in India with special focus on weaning young Indian Muslims from fundamentalism.

During his IB tenure, Ibrahim virtually wiped out the top leadership of Pakistan-supported terror group Indian Mujahideen (IM) and successfully urged countries like Saudi Arabia not to give shelter to fugitives from Indian law.Top government sources said Ibrahimâ€™s role will be on multiple fronts with focus within and outside the country.

â€œAsif Ibrahim will handle the de-radicalisation programme within the country to ensure that Indian youth do not get motivated by fundamentalists to join forces with either Islamic State or Al Qaida supported terror groups operating in Syria-Iraq region and Af-Pak region respectively,â€ said a senior official.

While Ibrahim will hold the rank of secretary to Government of India, he is expected to play a key role in protecting Indian interests in Af-Pak region and beyond. He will be one of the key interlocutors with Pakistan.

Given that Islamic radicalisation is on the rise with the advent of IS and Al Qaida in Indian subcontinent, Ibrahim will be the points person to present the Indian perspective at meetings all over the world. It is understood that Islamabad is concerned about Ibrahimâ€™s role in Af-Pak and West Asian affairs as he is perceived to have a good working relationship with the Saudi royal family.Â