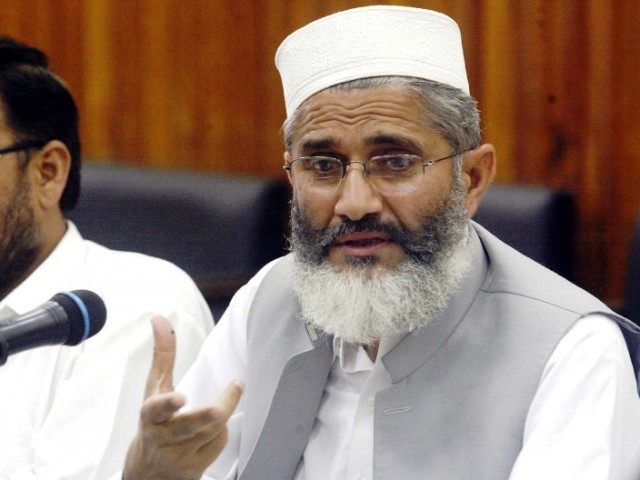 New Delhi: Adding fuel to the enflamed relationship between India and Pakistan, the chief of the hardline Jamaat-e-Islami party on Monday denounced attempts by Pakistani politicians to forge friendly ties with India and announced a reward of Rs 1 billion to anyone who â€œarrestsâ€ Prime Minister Narendra Modi.

Speaking at a gathering at Rawalakot in Pakistan-occupied Kashmir, Siraj-ul-Haq said India had not been able to arrest jihadi leaders like Hizbul Mujahideen chief Syed Salahuddin even after offering a reward for him.

Haq contended Kashmir is a part of Pakistan and any Pakistani politician who favoured friendly ties with India is a traitor to the country and to the Kashmiris.

â€œAs long as the issue of Kashmir is not settled, whoever talks of friendship with Hindustan, he is a traitor to Pakistan and the Kashmiris,â€ he said.

â€œIf you want the friendship of Hindustan, then go to Hindustan, to Delhi and to Mumbai, there is no place for you in Islamabad.â€

In an apparent reference to the effort by Pakistan to give â€œMost Favoured Nationâ€ status to improve trade ties, Haq said politicians who spoke of such matters â€œshould be ashamedâ€.

â€œOur relations with India are conditional to Kashmirâ€™s freedom,â€ he said.

The Jamaat-e-Islami has only four parliamentarians in Pakistanâ€™s 342-member National Assembly but wields considerable political influence in several pockets across the country. It has traditionally opposed better ties with India.