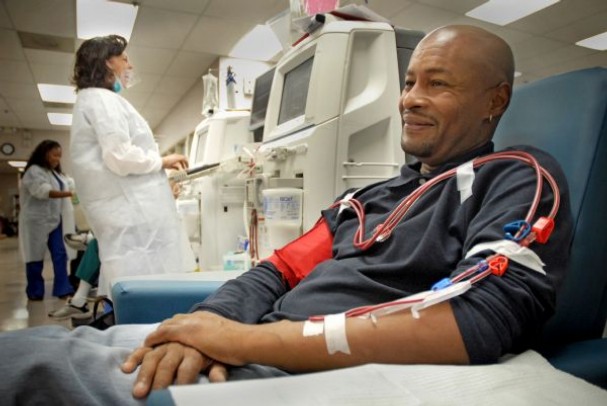 New Delhi:Â Researchers, including one of Indian-origin, have identified a new, less-invasive method using Raman spectroscopy to provide diagnostic information on kidney disease and its severity.Â

University of Houston researchers have used an optical probe and Raman spectroscopy to differentiate between healthy and diseased kidneys.Â

Physicians traditionally use renal biopsy to directly observe kidney function. In addition to potential side effects, the number of renal biopsies a patient can undergo is limited because of damage to the kidney tissue.Â

For the study, Wei-Chuan Shih, assistant professor of electrical and computer engineering, and Chandra Mohan, Hugh Roy and Lillie Cranz Cullen Endowed Professor of biomedical engineering, did not look for a specific molecule or biomarker, such as creatinine, a molecular indicator of kidney function.Â

Instead, the researchers relied upon the fact that a healthy kidney and a diseased kidney produce different Raman signals.Â

“There are some molecules that must be responsible for these different Raman signals, but we don’t need to know what those molecules may be,” Mohan said.Â

“It has the potential to largely reduce the complexity in diagnosing and monitoring anti-GBM (glomerular basement membrane) diseases.Â

For the new study published in the Journal of Biophotonics, Shih and Mohan used mouse models with induced kidney disease to demonstrate the optical probe’s ability to differentiate between a healthy and a diseased kidney without puncturing the organ.Â