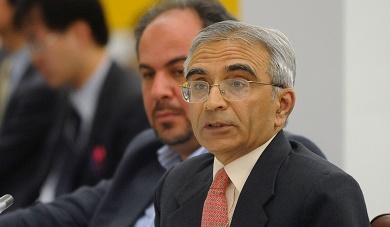 These names are understood to have been cleared in the meetings that Prime MinisterÂ NarendraÂ Modi had on Monday with leader of largest opposition party inÂ Lok SabhaÂ Mallikarjun Kharge.Â

There was no official word on the subject but sources indicated that 64-year-old Sharma could be named as the Chief Information Commissioner (CIC), a post that has been lying vacant for over nine months.Â

In the race to the other top post, 61-year-old Chowdary is said to be the top contender while acting CVC Rajiv is also in the running, they said.Â

A formal announcement of the names will take place after President Pranab Mukherjee, to whom the recommendations have gone, gives his assent. The President is away on a five-day visit abroad, till Thursday.Â

Earlier last month, Congress president Sonia Gandhi and party vice president Rahul Gandhi had attacked the Prime Minister over the delay in the appointments of chiefs of CIC, CVC and Lokpal saying the government feared transparency.Â

Many RTI activists have also questioned the delay in the appointments.