Home Politics Karnataka to appeal against Ammaâ€™s acquittal in SC 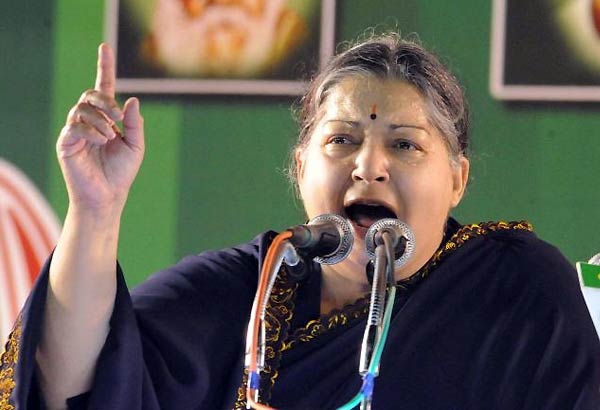 Bengaluru: Ending three-week long suspense, Karnataka government on Monday decided to file an appeal in the Supreme Court against acquittal of Tamil Nadu Chief Minister Jayalalithaa and three others in the disproportionate assets case.

The decision to challenge the May 11 verdict by Justice C R Kumaraswamy of the Karnataka High Court was taken at a cabinet meeting after the advice by the Special Public Prosecutor in the case B V Acharya and state Advocate General Ravivarma Kumar as also the state Law Department.

“The Chief Minister has directed me to file an appeal in the Supreme Court immediately,” Law Minister Jayachandra said.

Replying to a query, he said Acharya will be the SPP in the case in the apex court.

He said the SPP appointed on the direction of the Supreme Court had advised filing the appeal against the acquittal of Jayalalitha and three others and even the AG and law Secretary had concurred with it.

“….And now the cabinet has decided to file the appeal,” he said, adding it was being done “legally on merit”.

The Supreme Court had specifically said Karnataka has stepped into the shoes of TN and it is the sole prosecuting agency for all matters related to the disproportionate assets case, he said.

In the May 11 verdict that restored Chief Ministership to her, Jayalalithaa was acquitted of “all charges” in the 19-year old disproportionate assets case. Three other convicts, including her close aide Sasikala Natarajan, were also given a clean chit by the High Court.

A fresh legal challenge to 67-year old Jayalalithaa has come nine days after she made a triumphant return as Chief Minister with O Panneerselvam making way for her following acquittal by the High Court.

The state government had a 90-day deadline to file the appeal.

Karnataka is the sole prosecuting agency in the case, which was transferred to Bengaluru from Tamil Nadu by the Supreme Court for a “fair” trial.

Justice Kumaraswamy had set aside the trial court’s judgement which had sentenced Jayalalithaa and three others to four years in jail and allowed the appeals by all the four convicts.

Special Court Judge Michael D Cunha had on September 27 last year held Jayalalithaa and three others guilty of corruption and awarded four years jail term, due to which she attracted disqualification as an MLA that divested her of Chief Ministership.

The judge had also slapped a fine of Rs 100 crore on Jayalalithaa and Rs 10 crore each on three other convicts.

Giving a clean chit to Jayalalithaa, Karnataka High Court had held that the judgement and findings recorded by the trial court convicting her and three others suffers from infirmity and it is not sustainable in law.

Acquitting Jayalalithaa and three others of “all the charges levelled against them”, the single bench judge Justice Kumaraswamy, in his 919-page judgement, had also quashed the order of the trial court relating to confiscation of the properties both movable and immovable.

“The percentage of disproportionate assets is 8.12%,” the judge had said.

AIADMK’s bitter rival DMK had raised the pitch for filing the appeal against acquittal while the original petitioner Subramanian Swamy had also said he would move the Supreme Court if Karnataka does not challenge the High Court verdict.