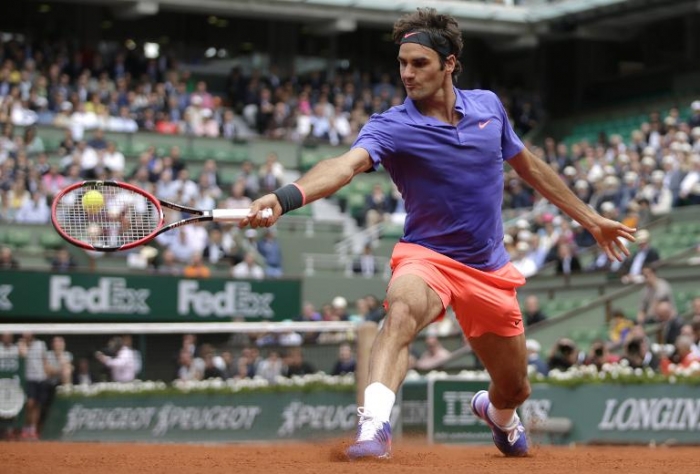 Roger Federer’s clash with fellow Swiss Stan Wawrinka is the standout match as the quarter-finals begin at the French Open on Tuesday.

Federer takes on his Davis Cup-winning team-mate on Court Suzanne Lenglen in one of two men’s last-eight ties, while home hopes lie with the last French survivor, 14th seed Jo-Wilfried Tsonga, who is up against Japan’s fifth seed Kei Nishikori on Court Philippe Chatrier.

Second seed Federer, who completed a four-set win over Gael Monfils on Monday after it was suspended at a set apiece in the gloom on Sunday night, is targeting a first Roland Garros semi-final since 2012.

He has won 16 of 18 previous meetings with Wawrinka, including on clay in Rome recently.

Wawrinka, the eighth seed, has never gone beyond the quarter-finals at Roland Garros in 10 previous attempts.

Tsonga will be looking to reach the semi-finals for the second time as France still searches for a first winner of its own Grand Slam since Yannick Noah more than 30 years ago.

Standing in his way is Nishikori, who has won four of the pair’s five previous meetings and has reached the last eight without dropping a set.

Nishikori is bidding to become the first Japanese man since 1933 to make the semi-finals.

Before the men take centre stage, the women are in action with Serbian seventh seed Ana Ivanovic up against Elina Svitolina of Ukraine, the 19th seed, on the central Court Philippe Chatrier.

Ivanovic is unbeaten in six encounters with Svitolina so is the clear favourite going into her first French Open quarter-final since winning the title in 2008.