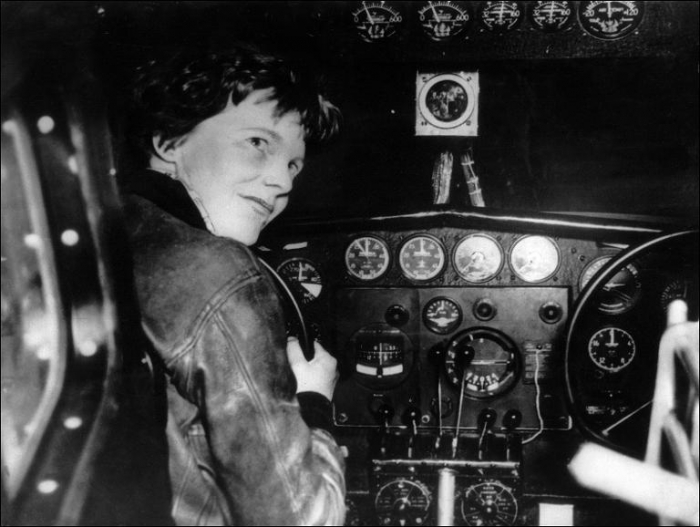 The quest to solve one of aviation’s most enduring mysteries, the disappearance of Amelia Earhart, resumes on a South Pacific atoll next week — with a cruise ship looking on for the first time.

The 11th TIGHAR expedition will be searching for more clues to back up the theory that the celebrated American aviatrix crash-landed on Nikumaroro when she vanished in 1937 during a round-the-world flight.

“The object is to see if we can add to the preponderance of evidence that we have assembled in the course of 27 years and 10 expeditions to the island,” said Ric Gillespie, executive director of TIGHAR — the International Group for Historic Aircraft Recovery.

“If we make a dramatic discovery, that would be great, but I’m not going to predict that that is what we are going to do,” Gillespie told AFP in a telephone interview Monday.

In one of aviation’s enduring riddles, Earhart, 39, and navigator Fred Noonan, 44, vanished as they were flying from Papua New Guinea to Howland Island on July 2, 1937.

For years it was assumed that they ditched their Lockheed Electra into the sea after running out of fuel, never to be seen again. Some believed they were taken captive by Imperial Japanese forces.

But over the years, TIGHAR has explored the likelihood that the duo survived a crash-landing on a flat reef off Nikumaroro and went ashore to await rescue, only to witness their Electra being swept into the sea.

Nikumaroro lies 360 miles (560 kilometers) south-southeast of Howland Island, a US possession half-way between Hawaii and Australia.

TIGHAR’s latest expedition will set off from Fiji on June 8 for the five-day sea journey to uninhabited Nikumaroro, formerly known as Gardner Island and today part of Kiribati.

Plans call for Gillespie and his team of 14 volunteers to remain for two weeks.

Joining them for a few days will be 68 paying passengers on the first cruise ship to visit the island on an Earhart-themed voyage of adventure.

Betchart Expeditions is charging up to $11,000 for the chance to go ashore and see such spots as the place where a 1991 expedition came across a 1930s woman’s Oxford shoe of the type Earhart wore.

Participants will also tour the now-abandoned British colonial village, established in 1939, where combs and handicrafts fashioned out of aircraft-grade aluminum have been found.

Speaking from his home in rural Pennsylvania, Gillespie said the upcoming expedition will scour the ocean depths with a remote-operated underwater vehicle equipped with high-definition video and sonar.

Its prime target will be an underwater sonar anomaly, spotted on the 2012 expedition, that could be the expedition’s holy grail — the wreckage of the ill-starred Electra, or at least part of it.

“There is something down there at the base of a cliff at a depth of about 600 feet (180 meters) that is the right size and shape and right location to logically be a big chunk of the fuselage,” Gillespie said.

“It could also be an unusual geological feature,” he acknowledged.

“But it’s an anomaly. It’s something different than anything else we see down there and we need to go look at it.”

Divers will scope out shallower waters, while an onshore team will probe dense vegetation for any signs of a survival camp that Earhart and Noonan might have set up on the atoll, which has no fresh water.

Internationally known in her lifetime, Earhart entered the history books in 1932 as the first woman to fly solo across the Atlantic, and went on to collect a raft of other aviation records.

Her 1937 flight would have been the first ever to roughly track the equator. When they disappeared, Earhart and Noonan still had 7,000 miles to go before reaching Oakland, California, their starting point.