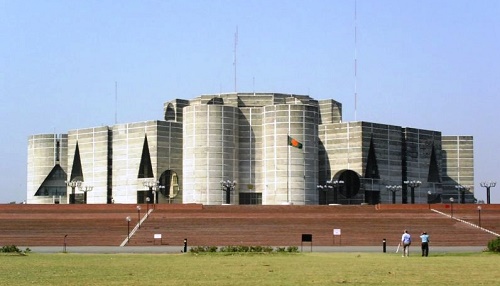 Members of Parliament (MPs) form both treasury and opposition benchesÂ unanimously expressed their heartiest gratitude to the Government of India forÂ paving the way for ensuring a new life with a new identity of about 0.50 lakhÂ people in 152 enclaves in the territories of Bangladesh and India.Â

The lawmakers took part in a discussion as Chief Whip ASM Feroz placed aÂ thanks giving motion in the House as per a notice under the Rules of ProcedureÂ 147 (1) with Speaker Dr. Shirin Sharmin Chaudhury in the chair.

The MPs described the LBA of 1974 as a milestone in the history as it is not aÂ mere agreement between the two neighboring countries but also an evidenceÂ bearing the age-old friendship between Bangladesh and India that was rooted byÂ two leaders – Father of the Nation Bangabandhu Sheikh Mujibur Rahman and theÂ then India Prime Minister Indira Gandhi.Â

Bangladesh Cabinet on May 25 ratified the LBA protocol.Â

Taking part in the discussion, Prime Minister Sheikh Hasina recalled how India stood by Bangladesh during the 1971 Liberation War.Â

â€œIndia has always stood by Bangladesh in times of need,â€ she said.

Leader of the Opposition Raushon Ershad and 18 other MPs took part in aÂ discussion on the motion.