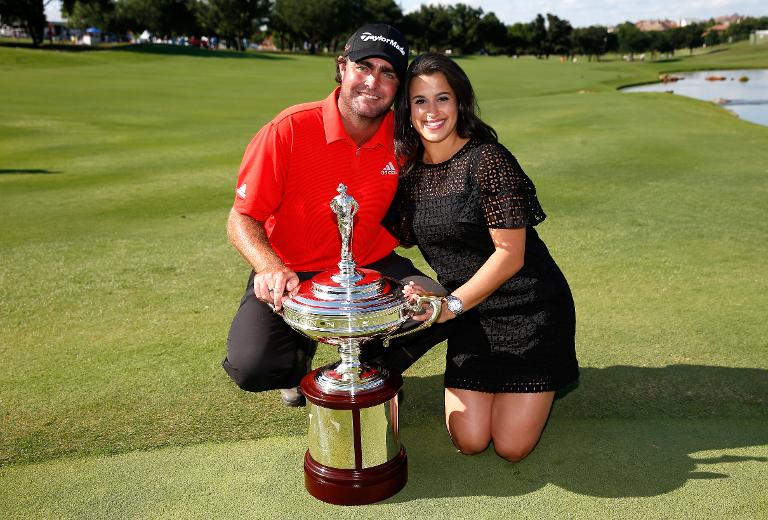 Steven Bowditch cruised to a four-shot win at the Byron Nelson Championship by closing with a 64 at Las Colinas, the same resort where he celebrated his wedding in 2011.

The 31-year-old Aussie on Sunday distanced himself from the rest of the field by posting four birdies on the back nine in the final round to go wire-to-wire and finish at 18-under 259 overall.

This was his second win on the USPGA Tour, and his second victory in the state of Texas after claiming the Texas Open in San Antonio in 2014.

“We took some wedding pictures here at TPC so it is a special place and I get to take some more pictures here,” said Bowditch, who was married at the Dallas area golf resort in 2011.

Americans Charley Hoffman (65), Jimmy Walker (66) and Scott Pinckney (66) shared second place at 14-under. Both Hoffman and Walker tried to catch Bowditch but Walker posted two bogeys early on the back nine and Hoffman simply ran out of steam.

Bowditch started the day with a two-stroke lead. He birdied the first hole and parred the last to seal the win.

“It was great to be patient out there and wait for my time. I had to go shot-for-shot,” he said.

Bowditch’s struggles over the years with severe depression has been well documented. The Newcastle native is an avid spokesman for beyondblue, an Australian non-profit group that promotes awareness of mental illness and depression.

But two of his happiest moments have taken place on the TPC Four Seasons Las Colinas grounds where he posed for wedding pictures with his wife, Amanda, in September 2011.

“It’s such a special place to me and I just wanted to stay patient out there,” Bowditch said.

Dustin Johnson grabbed a share of the lead with a pair of early birdies, but he stumbled to a quadruple-bogey at the sixth which dropped him four back.