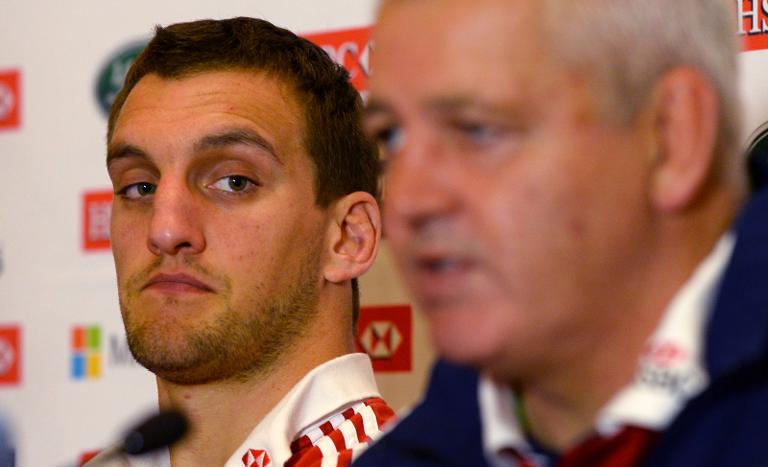 Four years ago, Wales reached the semi-finals of the World Cup only for skipper Sam Warburton, still their captain, to be sent off in an agonising loss to France.

The back-row forward is again set to lead his country at this year’s World Cup in England, which starts in September.

Wales have been drawn in a tough pool also featuring England, Australia and Fiji — the so-called ‘group of death’ — with at least one of rugby’s major nations set to be knocked out in the first round as only two teams from each pool will qualify for the quarter-finals.

Prop forward Gethin Jenkins will be aiming to appear in a fourth World Cup, while Warburton, Dan Lydiate and Taulupe Faletau were all members of Wales’ back-row in 2011.

The squad will report for conditioning training on June 15 ahead of training camps in Switzerland and Qatar.

Gatland, in common with all World Cup coaches, must name his final 31-man squad by the August 31 deadline.

“As a coaching team we are extremely happy with the blend of the squad in terms of the experience we are able to include as well as the young talent that has really impressed us,” said Gatland.

“The easy part for the players has been done in terms of being selected, the hard work will begin from day one with a huge schedule of preparation ahead of them,” added the New Zealander.

“The players will face a tough couple of months of intensive training, we will be taking them to Switzerland, Qatar and Poland and I can assure everyone they are no holiday camps.”

“We put a lot of emphasis on conditioning and preparation in 2011 which worked well for us and we are looking to step that up again this time,” Gatland said.