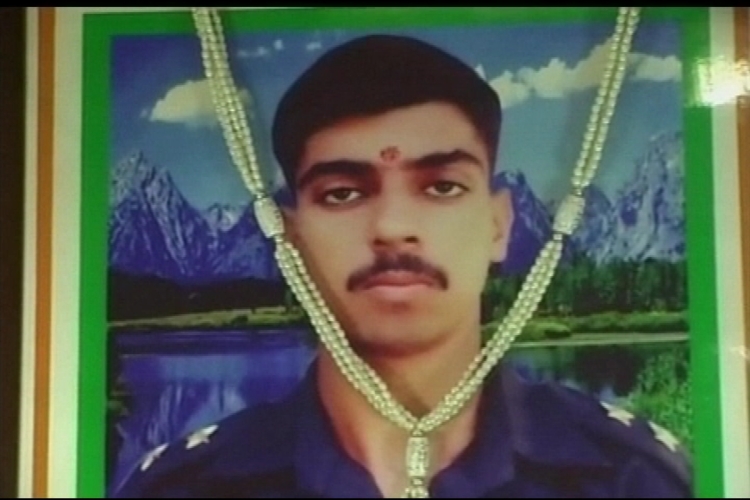 New Delhi: The cost of war is not lives lost in the war or money spent. The training an army man gets is that their life is dedicated to serving the country and its people. Nothing more, nothing less.

But is a manâ€™s sacrifice not worth respecting? Does and the government and the people of the country not owe it to the dead to respect them?

Captain Saurabh Kalia, Sepoys Arjunram Baswana, Mula Ram Bidiasar, Naresh Singh Sinsinwar, Bhanwar Lal Bagaria and Bhika Ram Mudh of 4 Jat Regiment were among the first casualties during the 1999 Kargil war. They were captured by Pakistani troops during a reconnaissance patrol in the treacherous mountainous terrain in May 1999, brutally tortured and killed.

In gross violation of the Geneva Convention the Pakistani Army subjected Captain Kalia and his soldiers to horrendous torture during which the braveheartsâ€™ ear drums were pierced with hot iron rods, eyes punctured and genitals cut off. The autopsy of the bodies also revealed that they were burned with cigarettes butts. Their limbs were also chopped off, teeth broken and skull fractured during the torture. Even their nose and lips were cut off.

But even after such incriminating evidence the Indian government is yet to take Pakistan to task. In a huge blow to the martyrs, the Central government has refused to move the International Court of Justice against the treatment meted out to the war heroes.

The Narendra Modi government has said that moving the ICJ against Pakistan in the matter is not ‘practical’. The Centre’s reaction comes after Captain Kalia’s family had demanded for an international probe in the Supreme Court.

The decision by the National Democratic Alliance (NDA) government is likely to receive flak as the Bharatiya Janata Party (BJP) while in Opposition, had slammed the United Progressive Alliance (UPA) government for not acting against Pakistan.

The UPA during its tenure had maintained that it could not move the ICJ as Pakistan will not permit it. India feels that it was a bilateral issue and it has always maintained that there should be “non-interference” by ICJ in “bilateral or internal” matter.

The ill-fated patrol had moved down the Kaksar Langpa area in Kargil on May 14, 1999 and declared missing a day later. They were in captivity for almost 22 days till June 7, 1999. Finally their mutilated bodies were handed over to the Indian Army on June 9, 1999. The Indian side discovered that the soldiers had been brutally tortured and then killed.

The Pakistani government has maintained that Captain Kalia and his soldiers died due to extreme weather and their bodies were found in a pit.

In a move that has taken the country by surprise, Minister of External Affairs Sushma Swaraj said that the incumbent government has changed its stand on the issue and will escalate the matter to the International Court of Justice after it is reviewed by the Supreme Court and will change the nature of the affidavit filed.

Earlier, in an attempt to salvage the glory of the deceased, BJP MP from Bangalore Rajeev Chandrashekhar said that he filed a petition in International Court, which is pending because the Â UPA Govt did not seek it appropriate to intervene.