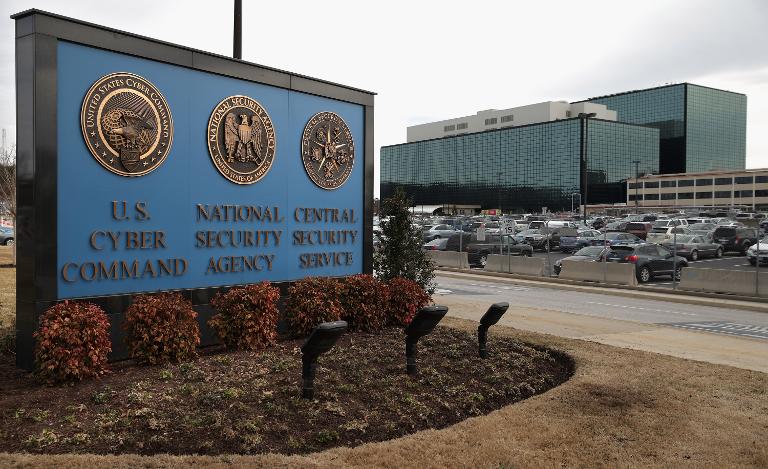 Key provisions of the US Patriot Act expired early Monday after the Senate failed to prevent their lapse, plunging US national security efforts into potential disarray as the country faces persistent extremist threats.

The midnight (0400 GMT) deadline came and went with senators unable to reach a deal stopping the counterterror provisions from expiring, after Republican Senator Rand Paul singlehandedly blocked any action.

The Senate had actually taken the step of advancing painstakingly crafted bipartisan reform legislation that would end the controversial National Security Agency program, which scoops up telephone data on millions of Americans with no connection to terrorism.

But lawmakers failed to seal the deal on the USA Freedom Act, which would also preserve important national security provisions, or pass a short-term extension of those provisions first codified in the USA Patriot Act in the aftermath of the 9/11 attacks of 2001.

“The Patriot Act will expire tonight,” Senator Paul said after hours of ultimately fruitless debate on how to get the reform bill across the finish line.

Paul, a 2016 presidential candidate, blocked expedited votes on the measure, as well as any potential extensions of Patriot Act authorizations.

The reform bill appeared likely to pass later this week, according to senators and aides, and as it stands would mark a historic end to the telephone data dragnet first exposed by Edward Snowden in 2013.

But the delay means the bulk data program and two other Patriot Act provisions, allowing roving wiretaps on terror suspects and lone-wolf tracking, lapsed Monday ahead of the bill’s passing.

“There is no way to get any type of agreement tonight — either an extension or passage of a bill,” Senate Intelligence Committee chairman Richard Burr told AFP late on Sunday.

The Freedom Act has already passed the House, but with the Senate yet to act on protecting or reforming critical counterterror elements, Senate Majority Leader Mitch McConnell had called for a rare Sunday session to thrash out a solution.

But Paul, who wants the entire bulk data provision scrapped and does not support the reform bill, stood in the way.

“We call on the Senate to ensure this irresponsible lapse in authorities is as short-lived as possible,” White House press secretary Joshua Earnest said in a statement.

He said the Senate “took an important — if late — step forward” with the reform bill, and encouraged lawmakers to “put aside their partisan motivations and act swiftly” to get it passed.

The lapse raises what some lawmakers said were alarming questions about how US authorities can keep the country safe with a diminished security toolbox.

“I think it’s very, very unfortunate that we’re in this position,” said Senator Mike Lee, a conservative Republican who supports the reform bill.

“We’ve known this date was coming for four years. Four years. And I think it’s inexcusable that we adjourned” for a weeklong break last week without resolving the issue.

With the clock ticking, CIA chief John Brennan warned Sunday that allowing vital surveillance programs to lapse could increase terror threats, and argued that the phone metadata dragnet has not abused civil liberties and only serves to safeguard citizens.

“This is something that we can’t afford to do right now,” Brennan said of allowing the counterterrorism provisions to expire.

“Because if you look at the horrific terrorist attacks and violence being perpetrated around the globe, we need to keep our country safe, and our oceans are not keeping us safe the way they did a century ago,” he said on CBS talk show “Face the Nation”.

Brennan added that groups like Islamic State have followed the developments “very carefully” and are “looking for the seams to operate.”

Brennan did not mention Paul by name, but he expressed exasperation over the politicization of important programs which he insisted “have not been abused” by US authorities.

“Unfortunately I think there is a little too much political grandstanding and crusading for ideological causes that have really fuelled the debate on this issue,” he said.

“That’s why we’re here, staring down the barrel of yet another unnecessary manufactured crisis that threatens our national security,” Reid said on the Senate floor.

Independent Senator Angus King said it was important to halt the government storage of metadata, leaving it instead with telecommunications companies and forcing authorities to get a secret court order before obtaining data on specific suspects.

But he said the Freedom Act should be improved so that it compels companies to hold data for a long period of time.