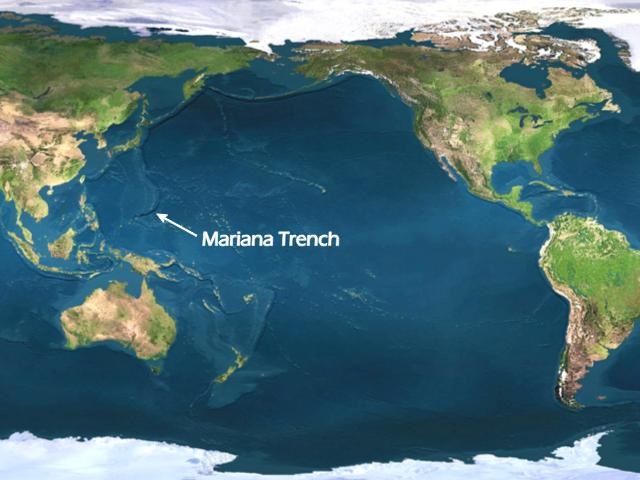 The deepest and the darkest place on the face of the planet is called the Mariana Trench, and yes, this is at the very bottom was the lowest point on Earth’s surface. It is 11,034 meters (36,201 feet) deep, which is almost 7 miles.

Marine Mammals: There are many species of whales and dolphins found in the Islands Unit. Some of these species are year-round residents of the Mariana archipelago, while others are seasonal visitors or merely transit through the area.

Fish: A wide variety of fish live in the waters of the Islands Unit. Pelagic fishes include blue marlin, sharks, Mahi-mahi, spearfish, sailfish and Wahoo.

Corals: It is an ecosystem that contains one of the most diverse collections of stony corals in the Western Pacific including more than 300 species.

6 interesting facts about the trench

1. Â Â Â Â The Mariana trench is deeper than the Mount Everest is high.

2. Â Â The Mariana trench was created through a process known as subduction, which occurs when one tectonic plate moves under another. This process occurred over 150 to 170 million years ago. Since tectonic plates only move a few centimeters per year.

3. Â Â The deepest part of the Mariana trench, with a death of 11033 is known as the challengers deep.

4. Â Â The continental side of most trenches forms the inner wall. The wall has a steeper slope which is usually between 10 and 16 degrees.

5. Â Â The Pacific Plate is older and colder than the Mariana Plate. The trench formed by these two oceanic plates is the deepest spot in the world’s oceans and includes the Challenger Deep.

6. Â Â Â The Mariana trench is home to a large number of lives among these is a horrifyingly ugly fish that dangles a bioluminescent fleshy bulb in front of its head to lure prey. It is known as Anglerfish.

(The author is a student of The Sri Ram School, Aravali. She is a NewsMobile mobile journalist)Â