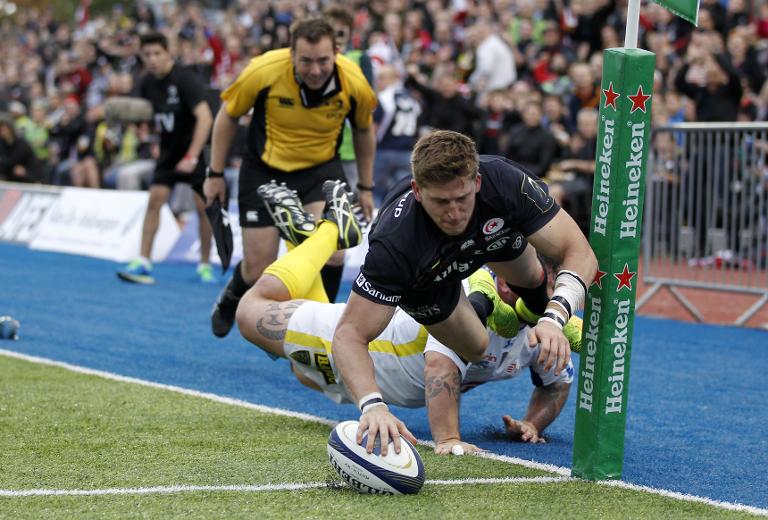 The 31-year-old has signed a three-year contract with Clermont and will join the Top 14 side in time for the start of the next European season.

Strettle, who has been included in England coach Stuart Lancaster’s preliminary 50-man World Cup training squad, has spent five seasons with Saracens, making over 100 appearances for the London club.

He finished his time with Saracens by helping them beat Bath 28-16 in Saturday’s Premiership final at Twickenham.

“Something special has been happening at Saracens in the past few years and I feel very privileged to have been part of this period of success, on and off the field,” Strettle said in a club statement.

“We have won some famous matches and several trophies, but the bond within the squad has been incredible and it’s fantastic to see this culture producing a new generation of top young players.

“I’ve had an amazing five years at Saracens and am now really looking forward to a new chapter in my career — playing at Clermont and testing myself in the Top 14,” added Strettle, who won the last of his 14 England caps two years ago.

England have a policy of not selecting overseas-based players for international duty and had Strettle’s deal been announced before Lancaster named his squad, the wing may not have been included.

Wasps wing Christian Wade was widely considered to be unlucky when omitted from the 50 and he tried to make a late case for a change of mind by the Red Rose hierarchy when scoring a hat-trick of tries in England’s 73-12 thrashing of the Barbarians in a non-cap international at Twickenham on Sunday.