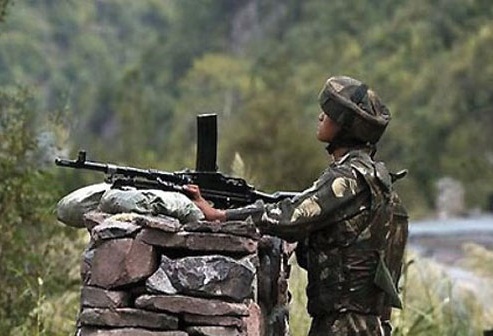 Jammu: Pakistani troops on Monday violated the ceasefire by firing with automatic weapons and Rocket Projectile Grenades on forward posts along the Line of Control (LoC) in Poonch district of Jammu and Kashmir.

Troops guarding the borderline did not retaliate, he said.

The firing continued till 12.30 am, he said, adding there was no loss of life or injury to anyone in the cross-border firing.

Pakistani troops again resorted to firing with automatic weapons and RPGs for a brief period at around 6 am on Monday, he said, adding there was no retaliation from this side but a high degree of alert was maintained.