Home Sports Nordqvist comes from behind to win ShopRite Classic 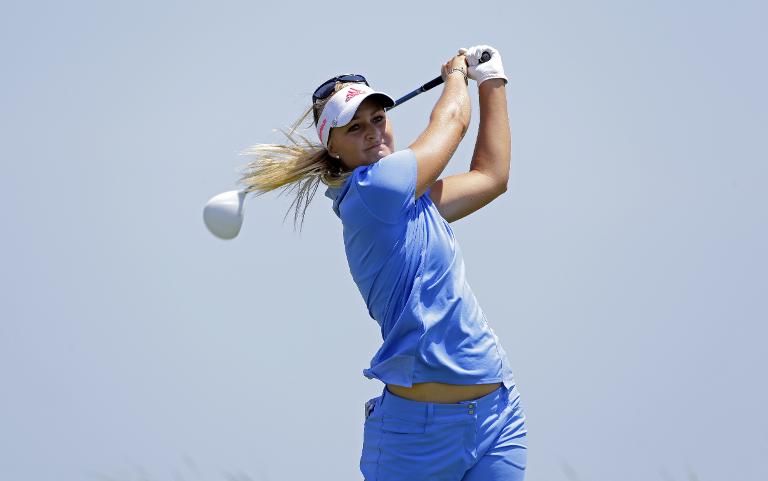 Sweden’s Anna Nordqvist rallied to fire a two-under 69 and win the LPGA Tour’s ShopRite Classic by one shot for her first win of the season on Sunday.

It marked the third win for Nordqvist since February 2014 and the fifth of her career on the US LPGA Tour.

“I worked really hard last week at home. I saw a lot of my team members to try to get my mind straight, and just keep me in the game and keep focusing on the good things,” Nordqvist said.

“I’ve been playing really solid all year, but hadn’t gotten the win until today.”

Nordqvist finished at eight-under 205 to beat Christel Boeljon, of the Netherlands, by one stroke at the Stockton Seaview Golf Club course.

Boeljon closed with a three-under 68 to grab second place at seven-under. Morgan Pressel, who led after the first two rounds, stumbled to a two-over 73 to fall into a share of third at five-under-par 208. She was joined there by fellow American Kelly Shon (70).

Nordqvist posted consecutive birdies at number 16 and 17 to help seal the victory. She made bogey on 18.

“It was really tough this week and today was very windy. So I’m very proud of myself,” said Nordqvist.

Boeljon recorded her best finish on the tour but she missed a birdie putt on 18 which had the potential to get her into a playoff.

Austin Ernst fired a seven-under 64 to leap into a share of fifth after making the cut on the number. Ernst tied with Australia’s Karrie Webb (66), Park In-bee (68), Lee Mi-rim (69) and Gerina Piller (71) at four under.