Home Uncategorized Much ado about Bhaijaan 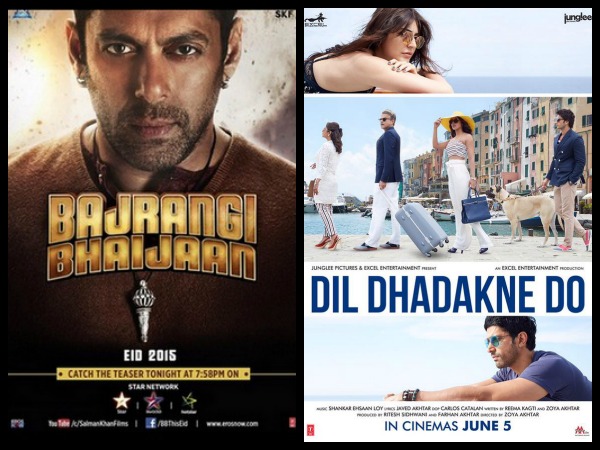 Mumbai: A movie that has the ability to bring Bollywoodâ€™s Khan-daan together must surely be worth the hype.

Salman Khan’s Bajrangi Bhaijaan is the most anticipated film of the year, for which the makers are leaving no stone unturned.

Firstly, we saw Bollywoodâ€™s two top Khans Aamir and Shah Rukh release the first look of Salman from this movie and after that the first teaser of the movie was released which got phenomenal response from the fans as well as from the whole film fraternity.

Fans went berserk and the teaser has raked up over 2 million views on YouTube. In fact, no other Bollywood movie has trended on Twitter for such a long period of time.

Now, we have another good news for all Salman fans.

The first song of Salmanâ€™s upcoming action-drama film will be out with Zoya Akhtarâ€™s directorial â€˜Dil Dhadakne Doâ€™ on June 5. The song titled â€˜Le le leâ€™ is expected to take the excitement level further.

â€œIt is an extremely vibrant song and since â€˜Dil Dhadakne Doâ€™ is a big film, we have attached the song to it,â€ spokesperson of â€˜Bajrangi Bhaijaanâ€™ said.

The music of the film, which also stars Kareena Kapoor Khan, Nawazuddin Siddiqui, Ali Quli Mirza and Deepti Naval, has been composed by Pritam Chakraborty.

The film is slated for an Eid release.

We know, now all of you are waiting on the edge of your seats for the trailer. But fret not; the trailer will be definitely worth waiting for.

The film is slated to hit the theatres on June 5. Â