Kerry to fly back to US after breaking leg in bike accident | Newsmobile
Wednesday, June 29, 2022 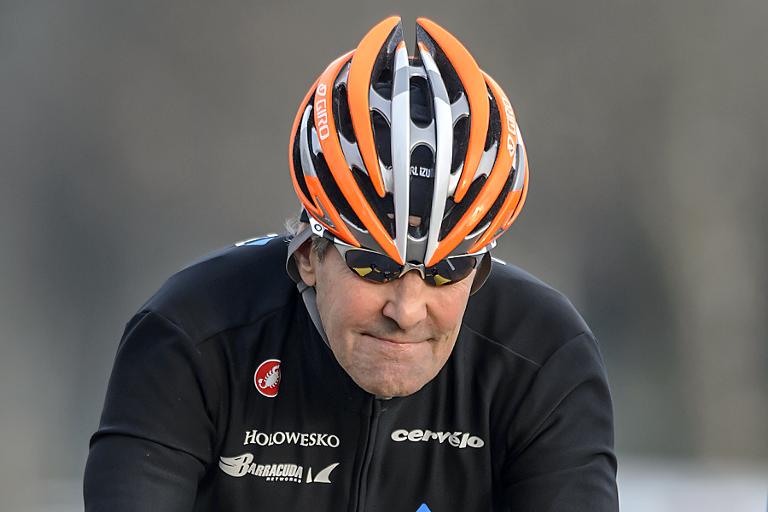 US Secretary of State John Kerry was to fly home for treatment Monday after breaking his leg in a cycling accident, with the White House insisting that America’s chief diplomat had not been put out of action.

Kerry, 71, a keen cyclist, was hospitalised in the Swiss city of Geneva — where he was meeting his Iranian opposite number Mohammad Javad Zarif — after the accident across the border in the French Alps on Sunday.

But White House spokeswoman Jennifer Psaki, who used to work for Kerry at the State department, claimed the accident would not slow down the globetrotting envoy.

“I would love to see anyone at the hospital try to stop John Kerry from negotiating and working while recovering from breaking his leg,” she tweeted.

Kerry was initially expected to return to the United States on Sunday evening, but the State Department later announced the flight had been postponed.

“The Secretary had planned on flying back to the US this evening, but after further consultation it was sensible for him to remain in the hospital for observation overnight for purely precautionary measures and fly home tomorrow,” spokesman John Kirby said.

He added that Kerry was “in great spirits and active”, and had spoken by phone with President Barack Obama.

Kerry’s fall happened after he had just set out on a planned ride of one of the stages of the Tour de France, the challenging Col de la Colombiere mountain pass, a local source said.

The top US diplomat, who had been holding talks in Switzerland Saturday on the Iran nuclear crisis, broke his right femur in his fall in the village of Scionzier near Chamonix.

He has had to cancel both a trip to Spain and his attendance at an international meeting in Paris on the crisis over the Islamic State group, Kirby said.

He added however that Kerry planned to “remotely” join Tuesday’s Paris talks, which are aimed at reviewing the international coalition’s strategy against the jihadists, who have seized swathes of territory in Iraq and Syria.

The State Department said Deputy Secretary of State Antony Blinken will lead the US delegation at the Paris talks instead.

“The secretary is stable and never lost consciousness, his injury is not life-threatening, and he is expected to make a full recovery,” Kirby said in a statement earlier Sunday.

“Given the injury is near the site of his prior hip surgery, he will return to Boston… to seek treatment at Massachusetts General Hospital with his doctor who did the prior surgery.”

A senior State Department official told CNN on Sunday that US surgeon Dennis Burke, who performed a past hip surgery on Kerry, was heading to Switzerland and would accompany him back to America.

Kerry had asked local officials in eastern France’s Haute-Savoie to organise the trip in the beautiful Alpine region.

“He had expressed a wish, a few days ago, to complete a stage of the Tour de France passing through the Col de la Colombiere. The hill is very well-known for its difficulty, and because he loves France and cycling, he decided to climb it on his bicycle,” the local source said.

“He fell accidentally, like all other cyclists have at some point.”

Kerry was flown by helicopter to the Geneva University Hospital after the accident, which occurred around 9:40 am (0740 GMT).

“Paramedics and a physician were on the scene with the secretary’s motorcade at the time of the accident,” Kirby said.

Another State Department official, speaking on condition of anonymity, said Kerry fell after hitting a kerb.

Kerry held talks Saturday in Geneva with his Iranian counterpart Zarif as part of international efforts to secure a nuclear deal ahead of a June 30 deadline.

The talks did not go into a second day as planned after Tehran rejected a key Western demand for site inspections.

There are heightened diplomatic moves to try to end a 12-year international standoff and put a nuclear bomb beyond Iran’s reach.

During breaks in the marathon negotiations, Kerry has often headed out of his hotel to ride his bike — which he usually brings along on his foreign missions — accompanied by a posse of security guards.

Kerry had been scheduled to leave late Sunday afternoon for Madrid.

Spain and the United States were to formalise an agreement under which Spain will host a permanent force of 2,200 US Marines for deployment on missions to Africa.