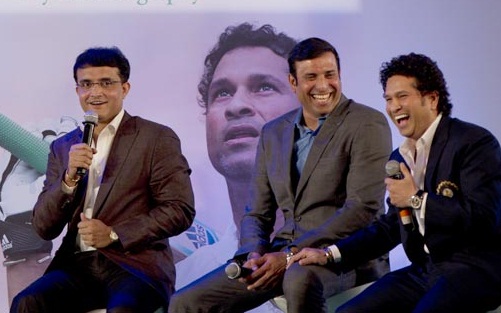 New Delhi: When the going gets tough, we know that the tough get going. Letâ€™s admit that Indian Cricket is being plagued by several illnesses. Fixing, lack of consistent talent, attitude issues and lack of discipline are slowing nibbling into the foundation — domestic cricket. Therefore, the BCCI has fallen back on the tough — India’s holy trinity.

Sachin Tendulkar, Sourav Ganguly and VVS Laxman will now be a part of the BCCIâ€™s high profile Cricket Advisory Committee, that will monitor the roots — domestic cricket. Theyâ€™ll not just keep tab of whatâ€™s happening in the domestic circuit, but will also act as a link between players and the administration.

Another thing they will be debating over would be on who will step into Duncan Fletcherâ€™s shoes. While Ganguly himself is a leading contender for the helm, sources also say that if not the coach, he could be the high performance manager or team director.

Either ways, it was really high time that Indian cricket was handled by able pairs of hands instead of babus and bureaucrats. The trio not just understand cricket like the back of their hands, theyâ€™ve also seen it all — from the sky-highs to the plummeting lows. This makes them perfect to take up Indian cricket and refine it the way it should be.

To add to this, thereâ€™s the benefit of them having worked together as team previously as well. When on-the-field impromptu decisions were so smooth, off it, in the comfort of being behind closed doors, Iâ€™m pretty confident that their decisions would be logical and well-thought out ones.