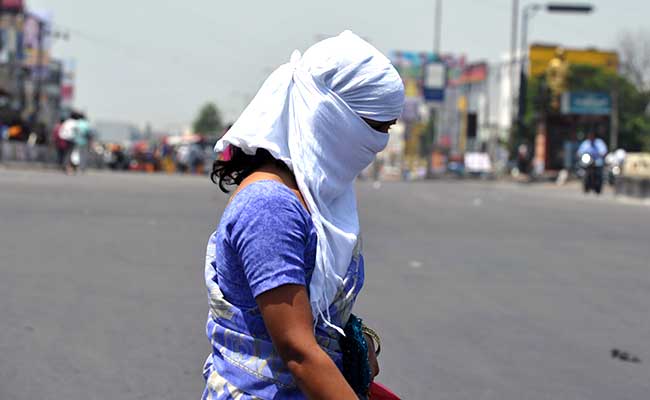 New Delhi: Torrid weather conditions continued to prevail in several parts of the country on Monday, claiming 41 more lives in worst-hit Andhra Pradesh since Sunday as the nationwide toll mounted to 2,248.

According to Andhra Pradesh’s disaster management department, 41 more deaths have been reported from different parts of the state in the last 24 hours taking the death toll in the ongoing spell of heat wave to 1,677. The toll in the state on Sunday stood at 1,636.

At least 541 people had died in the Telengana till Sunday.

Nagpur continued to swelter at 47.1 degrees, while Banda in Uttar Pradesh recorded a scorching 46.4 degrees.

Death toll due to sun-stroke in Odisha remained at 21 though the Special Relief Commissioner’s (SRC) office received reports of 115 deaths allegedly due to heat.

Reports of the deaths reaching the SRC office are under investigation, an official release said.

Seven deaths have so far been reported from Gujarat and two from Delhi.

Weather conditions have, however, improved in Odisha with a drop in the mercury level. The Met office has predicted light rain and thundershowers at one or two places in south Odisha, besides Angul, Dhenkanal and Keonjhar districts in the next 24 hours. There will be strong and gusty surface winds along coastal Odisha.

Delhiites also had some respite from the searing heat as mercury settled at normal levels with the city recording a maximum temperature of 40.6 degrees, which is normal for this season.

There could be further relief as the MeT department predicted possibility of a squall hitting the city tomorrow.

In Uttar Pradesh, temperatures were appreciably above normal in Allahabad, Lucknow, Bareilly, Jhansi and Agra division, above normal in Varanasi, Kanpur, Moradabad and Meerut divisions and normal in the remaining divisions over the state.

Rajasthan continued to reel under intense heat conditions where Kota remained the hottest place recording a maximum of 45 degree Celsius.

Heat wave continued unabated in parts of the desert state where Barmer, Jodhpur, Jaisalmer, Churu and Jaipur were hot at 44.9, 44.5, 44.4, 44.2 and 44 degree Celsius respectively. Heat wave conditions are likely to prevail over the next 24 hours.