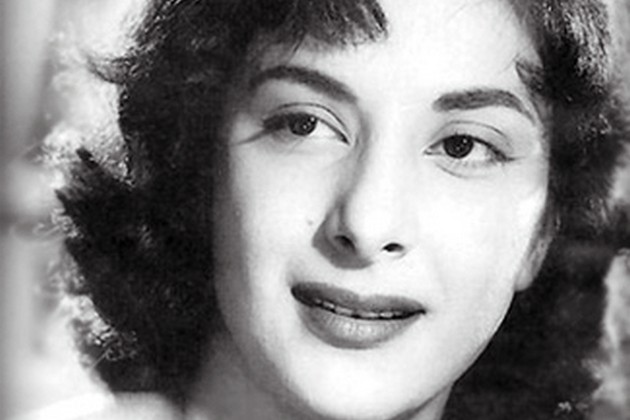 So, youâ€™re on your information hunt when you notice that Google is looking more beautiful than any other day. You dismiss that to be an optical illusion? No, it isnâ€™t. Google is playing Nargis today.

Nargis Dutt who was widely known by her screen name, Nargis, is widely regarded as one of the greatest actresses in the history of Hindi cinema. Today happens to be her 86th birth anniversary and what better way of paying tribute than painting Google in her beauty!

She is renowned for her memorable roles in movies including the Oscar-nominated rural drama Mother India, Barsaat, Awaara and Shree 420.

Nargis was born on June 1, 1929 in Calcutta, the daughter of the Allahabad-based Muslim singer, Jaddanbai and a Hindu Mohyal father of Rawalpindi, named Uttamchand Mohanchand. Her only brother, Anwar Hussain, also became a film actor.

Fatima was recruited to the cinema at an early age. She made her first film appearance in the 1935 Talashe Haq when she was six years old, credited as “Baby Nargis”. Nargis, her stage name, means “Narcissus”, the flower. She was subsequently credited as Nargis in all of her films.

Her most famous role came in Mehboob Khan’s Oscar-nominated rural drama Mother India in 1957. She won the Filmfare Best Actress Award for her performance. After her marriage to Sunil Dutt in 1958, Nargis gave up her film career after her last few film releases to settle down with her family. She made her last film appearance in the 1967 film Raat Aur Din for which she won a National Film Award for Best Actress, the first actress to win in this category. She also received a Filmfare Best Actress Award Nomination for this film.

Nargis had been romantically linked with Raj Kapoor with whom she was cast in most of her films. However, the rumoured affair did not materialise and Nargis went on to marry actor Sunil Dutt (himself a Mohyal from Jhelum, British India). Reportedly, Dutt had saved her life from a fire accident on the sets of Mother India. The couple married on March 11, 1958 and had three children together: Sanjay, Namrata, and Priya. Sanjay Dutt went onto become a very successful film actor. Namrata married actor Kumar Gaurav, son of veteran actor Rajendra Kumar who had appeared alongside both Nargis and Sunil Dutt in Mother India. Priya became a politician, and since 2005 has been a Member of Parliament (Lok Sabha).

Along with her husband, Nargis formed the Ajanta Arts Cultural Troupe, which roped in several leading actors and singers of the time, and performed at remote frontiers to entertain the Indian soldiers; it was the first troupe to perform at Dhaka, after the Indo-Pakistani War of 1971 and the formation of Bangladesh. Later, Nargis worked for the cause of spastic children. She became the first patron of The Spastics Society of India. Her charitable work for the organisation got her recognition as a social worker.

Filmfare Best Actress Award for Mother India in 1957 National Film Award for best actress in 1968 Best Artists of the Millennium award by Hero Honda in 2001.

Years later, Nargis was diagnosed with pancreatic cancer and underwent treatment for the disease at Sloan-Kettering Hospital in New York. Upon her return to India, her condition worsened, and she was admitted to Breach Candy Hospital in Mumbai. She sank into a coma on May 2, 1981 and passed away on May 3, 1981. Her absence at the premiere of her son’s debut film Rocky on May 7, 1981, where one seat was kept vacant for her, was a nationally famous event.