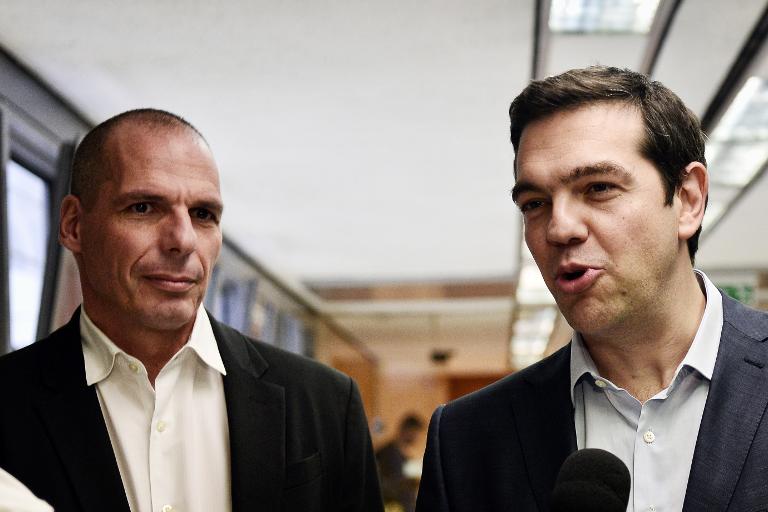 Greece’s Prime Minister Alexis Tsipras on Sunday attacked its creditors for insisting on what he described as absurd reforms which have only held up progress in negotiations for a deal aimed at preventing his country from defaulting.

“The lack of an agreement so far is not due to the supposed intransigent, uncompromising and incomprehensible Greek stance,” Tsipras wrote in a column published by French newspaper Le Monde.

“It is due to the insistence of certain institutional actors on submitting absurd proposals and displaying a total indifference to the recent democratic choice of the Greek people,” he added.

Greece has been locked in talks with its creditors — the European Union, the International Monetary Fund and the European Central Bank — in a bid to unlock 7.2 billion euros ($7.9 billion) in bailout funds.

However, a deal has so far proved elusive as the creditors are demanding greater reforms in return for the cash, which Tsipras’s government — elected on an anti-austerity bill — has refused to match.

Tsipras said his government has made concessions, including agreeing to implement a series of privatisations it had previously opposed.

It has also agreed to reform the VAT system as well as the pension system, which would increase real retirement age.

Rather than imposing further austerity that has so far only served to drive Greece into a deeper recession, he said his government has also submitted proposals to raise revenues.

These include a special tax on the very wealthy, greater efforts towards clamping down on tax evasion, and putting broadcasting and other licenses up for tender.

Taking a more conciliatory approach, Economy Minister Yiorgos Stathakis told a Greek daily the country’s only way forward was to make a deal with international creditors.

“Reaching an agreement is the only way, there is no other way,” Stathakis told Realnews in an interview published Sunday.

“Otherwise Greece above all, but also the EU, will enter into unknown territory,” he added.

“We want to reach an agreement so we can ensure the sums (of money) we need, so that we can meet our obligations at home and internationally.”

The minister also said Greece would “honour its debts” and meet its June 5 deadline to pay the IMF the 300 million euros ($340 million) it owes.

European Commission President Jean-Claude meanwhile reiterated his opposition to a Greek exit from the eurozone, in an interview with German newspaper Sueddeutsche Zeitung to be published Monday.

“I do not share the idea that we would have fewer problems and constraints if Greece left the euro,” said Juncker, who is to meet with EU powerhouse Germany’s Chancellor Angela Merkel and French President Francois Hollande on Monday evening.

Greek media reported that Tsipras was due to speak with Merkel late Sunday by phone, for the second time in three days.

In Le Monde, Tsipras warned that Europe was at a crossroads, and could choose between a strategy of greater integration or one of division.

Those seeking the second strategy are simply seeking to inflict harsh punishment and mandatory austerity, with “Greece being the first victim”, he said.

“To some, this represents a golden opportunity to make an example out of Greece for other countries that might be thinking of not following this new line of discipline,” he wrote.

“Following the serious concessions made by the Greek government, the decision is now not in the hands of the institutions, which in any case -â€“ with the exception of the European Commission– are not elected and are not accountable to the people, but rather in the hands of Europe’s leaders.”