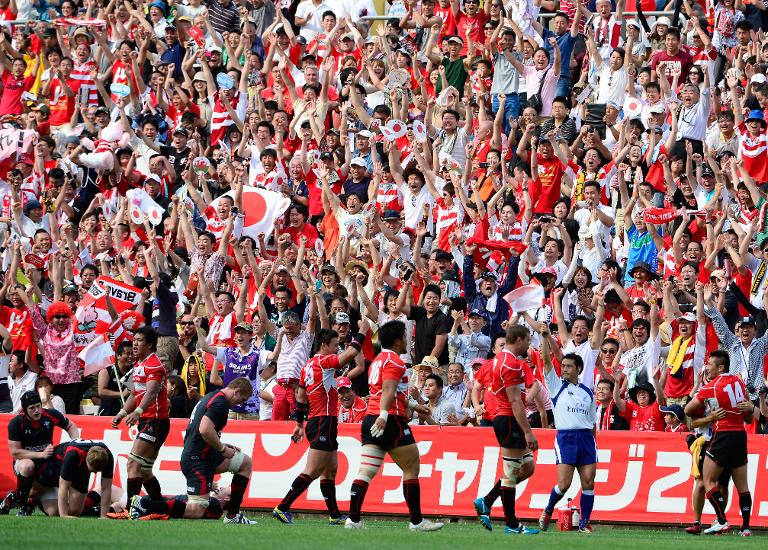 Japanese fans have been asked to help come up with a catchy name for the country’s new Super Rugby team — but warned that tongue-twisters will be banned.

Competition organisers SANZAR said Monday that the Japan Rugby Football Union (JRFU) had launched the fan initiative as the Tokyo-based franchise prepares to join the heavyweight competition in 2016.

Mindful that Japanese sport is littered with baffling team names difficult to enunciate in the local tongue, such as rugby’s “Brave Lupus,” football’s “Ventforet” or basketball’s “Cinq Reves,” JRFU officials cautioned that it should be “easy to pronounce.”

Japan coach Eddie Jones called on local fans to dust off their dictionaries before the Tokyo side enters the fray alongside South Africa’s Kings and a team from Argentina, also yet to be christened.

“Joining Super Rugby gives Japanese players the opportunity to play high-level rugby consistently so that the players will go to Rugby World Cup 2019 with more than 40 Test caps and 50-60 Super Rugby caps,” he said in a SANZAR statement.

“We call upon the fans to… help Japan build a team to challenge the best,” added the former Australia coach, who leads Japan’s “Brave Blossoms” at this year’s World Cup in England.

“Our team needs to be uniquely Japanese. We need to be fast, courageous but also smart and play rugby that the world has not seen before.”

Japanese officials said proposals for the team’s name should reflect the characteristics of the national side, mirroring what they call Japan’s “passion and pride” as well as the country’s culture, tradition and history. Fans have until June 19 to submit their ideas.

Japan, who host the 2019 World Cup, are grouped alongside South Africa, Scotland, Samoa and the United States at this year’s tournament.

Despite breaking into the world’s top 10 for the first time last year and appearing in all seven previous World Cups, the Japanese have won just once at the sport’s showcase event when they beat minnows Zimbabwe in 1991.