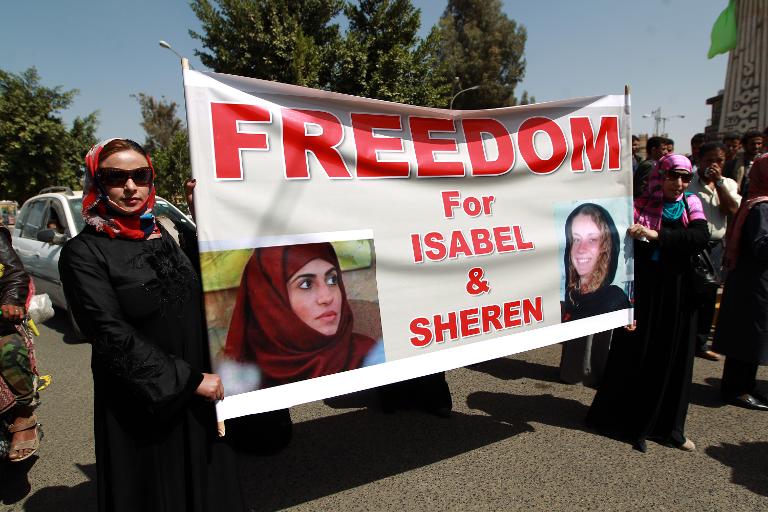 The captors of Frenchwoman Isabelle Prime, kidnapped in Yemen on February 24, posted the first video of her since her abduction.

In the 21-second tape posted on YouTube, Prime is shown seated on the ground dressed in black and appeals to the French and Yemeni presidents to take action to secure her release.

The 30-year-old, who worked as a consultant on a World Bank-funded project, was seized with her translator Sherine Makkaoui as they were driving to work in the capital Sanaa.

There has been no word on the identity of her kidnappers, who were dressed in police uniforms.

Makkaoui was later freed. She said she had been released in the southern city of Aden on March 10.