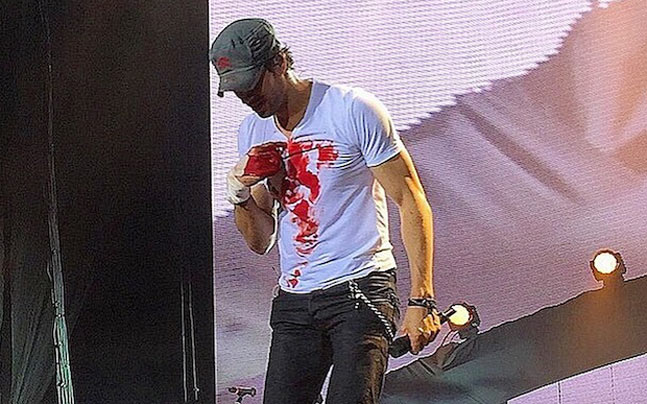 Enrique Iglesias was left bloody handed when a drone camera hit him, injuring his fingers during a concert in Mexico.

The 40-year-old Spanish singer had been attempting to grab the drone with his right hand but “something went wrong and he had an accident,” a rep explained on Instagram.

The ‘Hero’ star continued to perform for 30 minutes as he bled, and was rushed to the Airport later where an ambulance was waiting.

He was then put on a plane to LA to see a specialist.

Iglesias, who recently claimed nine prizes from the Billboard Latin Music Awards, would next be seen on his ‘Sex and Love’ world tour scheduled forÂ 3 JulyÂ in Mexico City.Â
Â