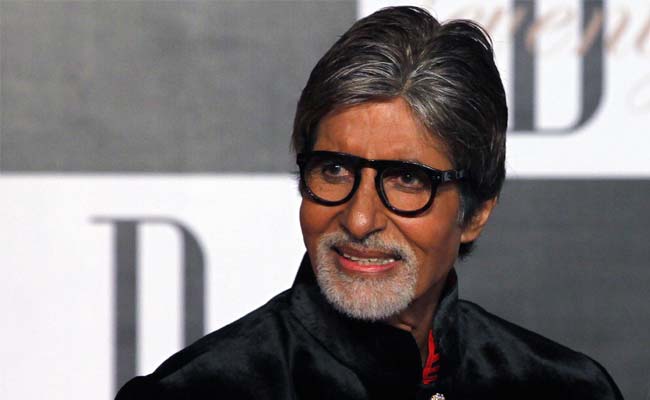 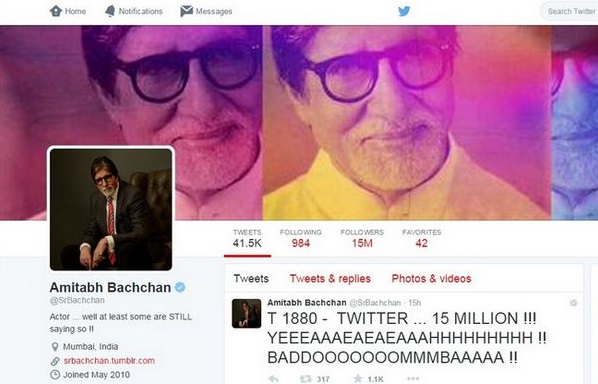 Bachchan’s Twitter account became live in May, 2010 and ever since has been a one stop destination for his fans to connect, interact and engage with the actor.

Big B is very active on Twitter and Facebook, and has been writing a daily blog on Tumblr for the last seven years (which was earlier published on BigAdda.com). He also has an Instagram page where he shares select pictures.

The award-winning actor often retweets pictures and anecdotes by his fans â€“ whom he calls the EF or Extended Family â€“ and shares it all on his Facebook page, too.

Followed by stars like Mukesh Bhatt, Sridevi, Dilip Kumar and Madhuri Dixit among others, the actor is one of the most frequent users of the Twitter.

Bachchan has so far made 41.6 thousands tweets.