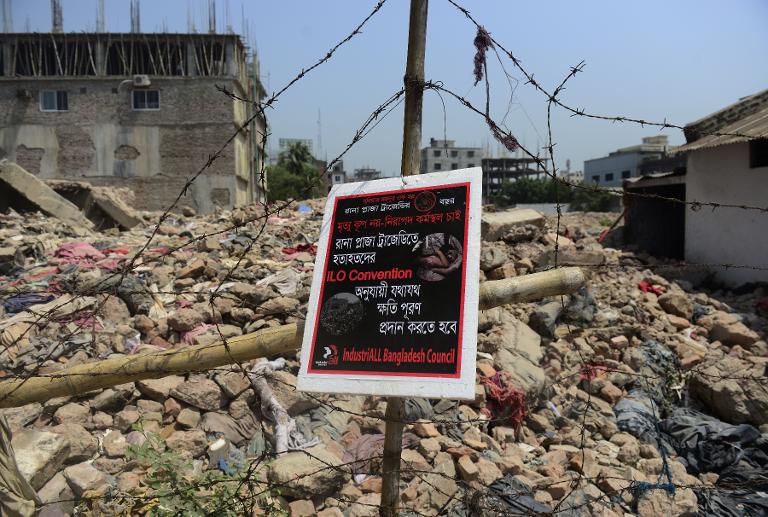 Bangladeshi police on Monday charged 41 people including the owner of the Rana Plaza factory complex with murder after the building collapsed killing more than 1,100 people in 2013.

A court in Dhaka formally accepted charges against Sohel Rana, 35, and the others in connection with the country’s worst ever industrial disaster.

“We’ve charged 41 people including the owner of the building, Sohel Rana, with murder over the collapse of Rana Plaza in April 2013,” lead investigator Bijoy Krishna Kar told AFP, adding that all face the death penalty if convicted.

Among those charged are seven owners of factories housed in the complex and 12 government officials responsible for safety and inspections.

Rana’s parents, who jointly owned the building with him, and the mayor and councillor of the town where it was located, were also charged with murder.

Police asked the court to issue arrest warrants for 25 people including six government officials after they absconded.

“It is the biggest industrial disaster in Bangladesh’s history. And all 41 of them have collective responsibility for this mass killing of more than 1,100 innocent people,” Kar said.

Rana became Bangladesh’s public enemy number one after survivors recounted how thousands of them were forced to enter the compound at the start of the working day despite complaints about cracks appearing in the walls.

He was arrested on the western border with India as he tried to flee the country in the days after the April 24 disaster.

Rana and 17 others were also charged with violating the building code, for extending the six-storey structure — which was initially approved as a shopping centre — into a nine-storey factory complex.

“Rana Plaza was built flouting construction rules and it was extended without proper structural changes. And when it was turned into a factory complex, it was loaded with heavy machinery such as a generator. No wonder the building collapsed,” Kar said.

“That illegal extension violating all construction (regulations) was the seed of this massive disaster,” Kar said on Sunday.

Police announced last year they were set to charge Rana, but the process was held up after police needed government approval to frame charges against a dozen government officials included in the 41, a standard requirement in Bangladesh.

A host of Western retailers had clothing made at Rana Plaza, including Italy’s Benetton, Spain’s Mango and the British low-cost chain Primark.

The disaster prompted sweeping reforms including new safety inspections and higher wages in the industry, which employs around four million workers.

Kalpona Akter, head of the Bangladesh Center for Worker Solidarity, welcomed the charges against Rana and 40 others.

But she criticised the failure to include the government administrator of the town, Savar, on the outskirts of Dhaka, where the disaster took place, in the charge sheet.

“The Savar UNO (executive officer) also had a role in the tragedy. He inspected the building when cracks appeared a day before the collapse,” she told AFP,

“He could have easily shut down the complex and saved the workers.”